Camelot thanks stores for retailing responsibly 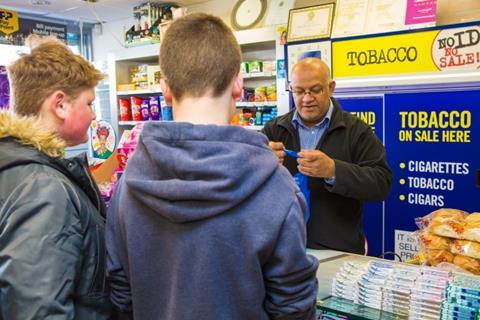 Camelot has thanked its retail partners after final results for 2021/22 showed that 90% of National Lottery retailers visited correctly asked for ID as proof of age on their first ‘Operation 18’ mystery shopping visit – rising to 95% for second visits. These visits replaced the previous ‘Operation Child’ visits – which had been running for two decades – following the change to the minimum age to play The National Lottery from 16 to 18, which came into force in April 2021.

These results come alongside interim findings from a recent player survey that looks at the effectiveness of a relatively new feature on the National Lottery terminals in retail, which allows retailers to print and discreetly give healthy play handouts to players by pressing the ‘Responsible Play’ button on their terminal. If a retailer is concerned about a customer’s playing habits or if a customer asks a retailer for support, the button allows retailers to subtly print a pink ticket – much like a Lotto, EuroMillions, or Set For Life ticket – with details of where support is available, such as through GamCare and The National Lottery’s healthy play webpage. The initial survey findings show that 72% of National Lottery players who received the handout felt positive about it, and that two in five players are going to think about their play after seeing the handout.

Camelot’s retail strategy manager, Guy Goodacre, said: “With the age to play change from 16 to 18 in April last year, this has been a critical year for The National Lottery – and we can’t thank our retail partners enough for their hard work and dedication every step of the way. From updating all of their in-store POS and reminding customers in the lead-up to the change last year, to showing their ongoing commitment to preventing underage play through these fantastic ‘Operation 18’ results – it’s plain to see that our retail partners are totally committed to responsible retailing.

“It’s also fantastic to see the overwhelmingly positive player response to the healthy play terminal handouts. We’ve designed the handouts to be discreet but also highly informative, and this is clear evidence that, if a retailer is worried about a customer’s playing patterns, they should feel confident about printing one out for a customer and handing it to them with their purchases.”

The new ‘Operation 18’ mystery shopping programme uses people who are over 18, but who look younger – this is to avoid retailers inadvertently breaking the law during a test visit. If a retailer fails a mystery shopping visit on three occasions, their National Lottery terminal will be suspended and is likely to be removed. In 2021/22, over 8,850 test visits were carried out with a 90% first visit pass rate; this rose to 95% for second visits. The ‘Responsible Play’ lottery terminal button was launched at the end of 2019 and, since then, has been used more than 1.7 million times.