Sheffield-based Premier retailer Mandeep Singh has claimed that convenience stores offering home delivery will see this part of their business overtake in-store sales in the next couple of years.

Mandeep, who owns three Singh’s Premier stores in Sheffield with brothers Bal and Vrinder, described the Singh’s Drop rapid delivery service as a “business within a business”. He told Convenience Store that, on average, delivery customers spend three times more than the average in-store customer and that this area of the business would soon become the main source of sales in his stores that offer deliveries. He stated that it was not only his store, but any store delivering such a service, that could expect delivery sales to surpass in-store sales, adding that other retailers would be “daft” not to introduce home delivery.

“We said to our staff that in five years you’ll be picking more orders than you’ll be serving customers, but in reality I think this is going to happen in two to two and half years,” he said.

Mandeep plans to grow delivery sales a further 25% by targeting those in the immediate vicinity of the store. “There’s a lot of work to do in the first, second and third mile and then we can start concentrating on four and five [miles] and open it up,” he said, claiming that the business is striving to appeal to the local people who don’t currently use the store. He is hoping that part of this sales growth will be driven by trialling a 24 hour delivery service, which is set to launch imminently. The company is currently collecting feedback from customers on which days to run the service. 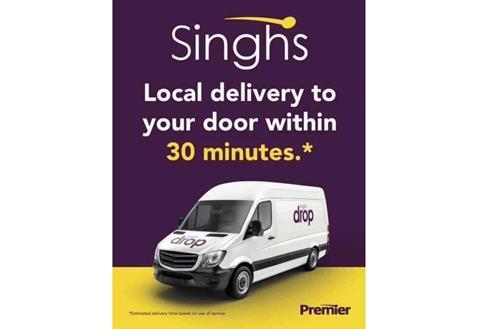