Establishing a relationship with your MP can help you influence local and national policy – and even force global corporations to make changes. Retailers and MPs share their experiences 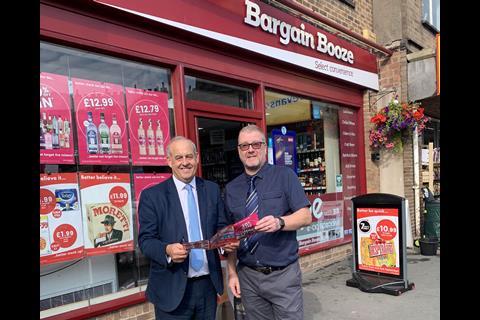 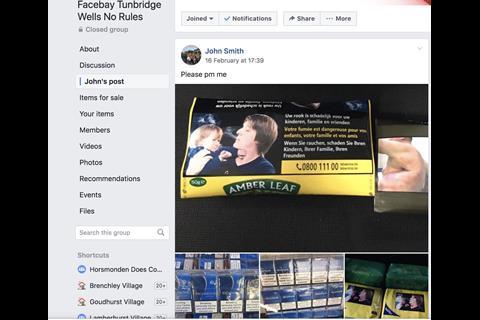 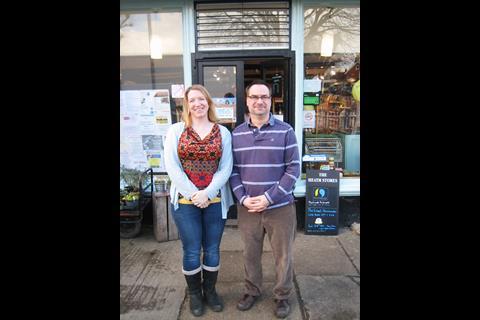 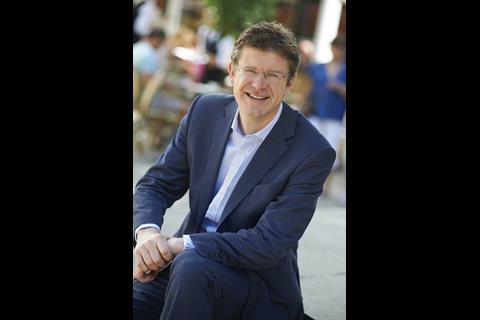 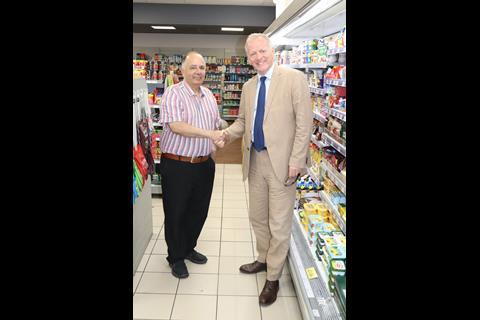 In July, Kent retailer Kate Mills’ persistence paid off after Facebook finally committed to taking action to block illicit tobacco advertising for its UK users. Kate, owner of Heath Stores in Horsmonden, had reported well over 30 Facebook posts advertising illicit tobacco to the social media giant, butfew were ever removed. “Every time I would see a post clearly advertising illicit tobacco I would report it to Facebook, but the vast majority of the time Facebook would just reply telling me that the post was not in breach of its Community Standards,” she recalls.

Not accepting no for an answer, Kate began reporting each illicit ad post to her local MP, Greg Clark, who successfully took up her fight. On 22 July he emailed Kate to report that Facebook had agreed “to taking action against individuals advertising illicit tobacco products on its platform” and that the adverts in question did violate local laws.

In other words, an independent retailer prompted one of the world’s biggest companies to change its approach, by harnessing the support of her MP.

“I’m just so happy that finally these illegal sellers who take money away from responsible retailers and probably sell to underaged children can finally be stopped,” she says.

Kate suggests that Clark’s seniority – he was Business Secretary at the time – helped her cause, nevertheless the Facebook case illustrates the value of engaging with your parliamentary representative.

Clark tells C-Store: “Kate brought the Facebook issue to my attention. It was a clear breach of the law. It took repeated pressure on them, but they said they were grateful for the intervention.”

Kate believes that MPs are an under-used resource. “We’ve engaged with ours three times now on various issues: we’ve had problems with a dangerous junction near our shop. There were six accidents in the space of three or four months. We got on to Greg Clark and there were subsequently two or three changes to the road layout and the number of accidents has reduced. Having the MP on board put extra pressure on the council. Also, our energy supplier kept making mistakes. After Greg Clark got in touch we got a refund.”

Taking the time to reach out to your MP can also potentially shape future policy, too. “MPs need to know the issues on the ground. They come up with policies which can have unexpected outcomes. If you don’t tell them, how are they supposed to know?” says Kate.

Clark agrees. “All retailers should engage with their MPs to reinforce their messages. We can amplify their case – and it’s important we know what’s on their mind to inform future policy,” he says.

MPs are busy people – with more reason to be preoccupied in the current political crisis – so how can local retailers effectively grab their attention in the first place? For Sunder Sandher, a One Stop franchisee in Leamington Spa, the answer is unequivocal. “Have your MP in your store – don’t just think about it, do it,” he says. “The Association of Convenience Stores (ACS) always encourages retailers to do it, and they’re absolutely right. Once they’re in your store, they’ll listen to your concerns, and then they’ll know your face and will always respond quickly when you contact them. It’s the best thing you’ll do.”

With the support of the ACS, Gareth Wynne recently hosted his MP, David Hanson, in his Bargain Booze store in Mold, North-East Wales, for the first time.

ACS chief executive James Lowman says: “Over the years we have organised countless visits between MPs and retailers to provide them with the opportunity to raise their concerns about the policy issues that affect the day-to-day running of their store,” he says. “We have heard from retailers that their MP has left with a much better understanding of the practical realities of running a convenience store, and so they can understand how policy issues affect the way they trade.

“It’s also a great way to show what work retailers do in their local community, and the deep links that retailers forge with schools, charities and local groups,” he adds.

“Take the opportunity to talk about local issues. As well as being your representative in Westminster, your MP can raise issues on your behalf with the council, the Highways Agency or other groups you might want to influence.”

Sunder’s experience is a case in point. When he established contact with his latest MP, Matt Western, he enjoyed instant results. “We had some old cars outside our store for about 10 years – some real old rust buckets that were putting people off coming in. We’d asked the council, the police, but nothing was ever done. Then Matt made some inquiries and within a few weeks they had gone,” he says.

Londis retailer Arjan Mehr recently hosted his MP, Phillip Lee, in his Bracknell store for the first time. “Now we’ve built a relationship it’ll be easier in the future – he knows who I am,” he says. “There are a lot of challenges affecting us so it’s important to keep your MP informed. Often they lack the knowledge of things on the ground and very often they’re surprised about what they hear.”

Their meeting was a productive one. “Phillip Lee agrees with me about scrapping rates on ATMs. On general business rates, he said it was such a complex topic to deal with, but accepts something needs to be done. I feel he fully understands the importance of the small business community,” Arjan adds.

In response, Lee certainly strikes the right tone. “I have nothing but admiration for the owners of small businesses, of which there are thousands in the Bracknell constituency. However, those who run small stores deserve a special mention. They are at the heart of any community. There is probably no one who hasn’t given thanks at some time for having a local convenience store,” the MP tells C-Store. “Arjan Mehr and his Londis shop is a great example of that proud tradition.”

Gareth says of his MP’s store visit: “I hadn’t been in touch with him previously, and it was a really useful meeting. After the store visit, he went to a meeting with the town council to encourage them to find ways to boost town centre footfall,” he says.

Hanson adds: “With Gareth we discussed a whole range of issues – out-of-town shopping, retail crime and so on. I’m now talking to the council about trying to get footfall in to Mold town centre. MPs need to know the perspective from the shop floor and high street. Independent retailers are the people on the ground.”

However, Hanson also stresses the importance of retailers building relationships with councillors, and respecting the roles they perform. “Retailers should have a good relationship with their local councillors, too. I don’t want to be at war with the council as ultimately councillors make the decisions in the local area and are democratically elected to do so,” Hanson points out.

Meanwhile, the MP’s understanding of the challenges faced by independent retailers led to his success in promoting the issue of retail staff abuse in Parliament. His actions resulted in crime minister Victoria Atkins launching a call for evidence of abuse against shop staff. “The issues of retail crime and staff abuse are at the highest level of retail, public and government awareness through pressure,” he says. “We’ve got the government to consult. It will respond by the end of the autumn – which in my book is 30 November. They’ll have to comment on all the issues raised.”

The c-store sector was also famously in the parliamentary spotlight three years ago when independent retailers and MPs combined to superb effect to turn over the government’s plans to relax Sunday trading laws. One campaigning retailer was Nisa retailer Kishor Patel, who was name-checked in the House of Commons by his MP and fellow campaigner Nadine Dorries. Speaking ahead of the vote rejecting the plans, she told MPs: “Mr Patel also does not want me not to support the proposal in the Bill because of the impact on his small high street shops, which are valued by local communities. In my constituency, it is not particularly easy to get out to the big stores, so people depend on small high street stores.

“However, the situation would be quite different if the big stores were open all day, because people would make the effort to go out to the bigger stores or to travel into London, and that would have a huge impact on local shops in mid- Bedfordshire.”

Establishing a relationship with your MP also enhances customers’ perception of your store, Sunder believes. “My MP wrote to me to congratulate me on my work as a community retailer. I’ve put the letter on the wall near the entrance, and it goes down really well with customers,” he says. “I also always invite him to community events, which customers appreciate.”

For Gareth, hosting his MP in store provided a platform for customers to engage with him. “When David Hanson was in the store lots of customers asked him questions, which is really encouraging,” he says.

Retailers who have gone the extra mile to engage with their MPs have clearly benefited from the process, but the experiences of Sir Roger Gale, MP for North Thanet, suggests that a sizeable proportion of retailers are missing a trick. “We don’t really get a lot of comment from small business owners as they’re so busy. We’re kept aware of the problems through the Federation of Small Businesses and the ACS, but I can’t recall meeting small retailers specifically,” he says. The cost of paying staff the National Living Wage, for example, has not been raised by any small business owners in his constituency, he reveals.

David Hanson MP puts it another way. “If these issues aren’t raised with me I won’t always know – I’m not psychic!”

ACS checklist for hosting an MP in your store

If you have a particular policy issue you want to talk to them about, show them the part of the store that’s impacted by it

Emphasise the investment you have made in your store and your community, and in the colleagues you employ

If you have a local issue to raise, give as much detail as you want, but remember to ask something specific of the MP, for example, “would you write to the council about this for me?”

Contact the ACS if you would like any help with the visit, for example arranging the visit or assisting with communications after the visit has taken place

Contact the ACS if you want an update of a policy debate, because it’s worth knowing if there’s an upcoming debate or vote on the issues you’re raising or who the key decision-makers in government are

Just as with a local issue, being specific about what you want your MP to do is key: for example, “would you write to the minister on my behalf so he/she is aware of this issue?”