Glass excluded from DRS in England and Northern Ireland 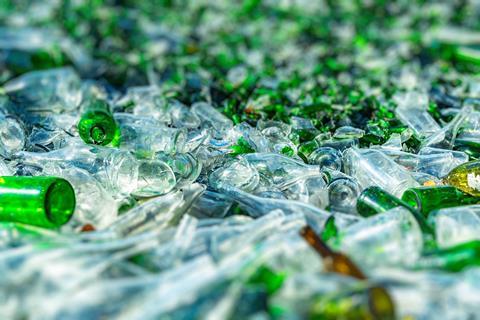 Glass will not be in scope of the planned Deposit Return Scheme (DRS) in England and Northern Ireland.

Concerns over safety and the weight of handling the material have led to glass being removed from plans for DRS.

As part of a consultation into DRS as part of the wider Extended Producer Responsibility (EPR), feedback was sought on the materials that would fall into the scope of the scheme. Previously, the government had recommended that glass would be included in DRS programme however the consultation raised concerns over mixing of different glasses which would result in poorer quality glass when recycled as well as the safety aspect.

Other concerns included the “potential increase in handling costs and equipment complexity” that comes from collecting glass bottles as part of a DRS. Respondents warned that reverse vending machines will need to be emptied more frequently and will carry safety risks associated with handling broken glass while the weight of glass and the potential for breakages also poses consumer safety issues in transporting glass bottles to return points.

As part of this decision, glass drinks bottles will be in scope of EPR, which will place targets on producers in relation to glass recycling and require them to pay for the cost of managing glass packaging generated by households while Northern Ireland will keep under review the inclusion of glass once the DRS is fully operational to ensure glass drinks containers are meeting the required recycling targets.

However, the Welsh Government will introduce an all-in DRS in Wales which includes PET plastic, steel and aluminium cans, and glass bottles, similar to Scotland.

The Association of Convenience Stores (ACS), which has consistently called for the exclusion of glass in the scheme due to the operational and health and safety issues that it presents for retailers and colleagues, welcomed the announcement.

“Retailers in England and Northern Ireland will be relieved that they won’t have to handle the return of glass drinks containers as part of a Deposit Return Scheme,” said chief executive James Lowman. “All of the operational problems related to a Deposit Return Scheme – colleague safety, storage, handling heavy waste and breakages - are made much more acute by the inclusion of glass.”

Lowman hoped that Wales and Scotland would follow suit eventually and remove glass from the scheme. “We are disappointed that retailers in Wales and Scotland will have to face into these problems and bear the significant financial and operational costs of doing so. Furthermore, having different packaging types included in different parts of the UK will be a nightmare for wholesalers and producers who will have to make, store and distribute two versions of many products. We hope that policy-makers in Wales and especially in Scotland, where the scheme is due to come into effect in just over a year’s time, will reconsider the impact of including glass in the scheme.”

From a size point of view, Defra, the Welsh Government and the Department of Agriculture, Environment and Rural Affairs will implement an ‘all-in DRS’, which means single-use drinks containers containing between 50ml and 3ltr of liquid will be in-scope of the DRS for England, Wales and Northern Ireland. This will include containers sold both individually and as part of a multipack and is in line with the approach taken in Scotland.

The consultation also confirmed plans for a mandatory take-back scheme for disposable fibre-based composite cups, such as coffee cups, will go ahead, with businesses that employ more than 10 full-time employees required to comply by the start of 2024 and smaller businesses by the end of 2025. The requirements include the provision of a dedicated bin for the collection of cups, and for businesses to report to regulators the tonnage they have placed on the market/sent to recycling.

Lowman added: “The introduction of a mandatory take-back scheme for disposable cups with additional reporting requirements could have a significant impact on convenience stores, especially when many will be making major changes as a result of the introduction of DRS.

“We are disappointed at the Government’s definition of small businesses in this context, which is inconsistent with other policy areas. We urge the Government to rethink its proposals to include the smallest businesses in the reporting requirements for this take-back scheme, and instead use the success of the universal carrier bag charge as a model which does not require small stores to report.”