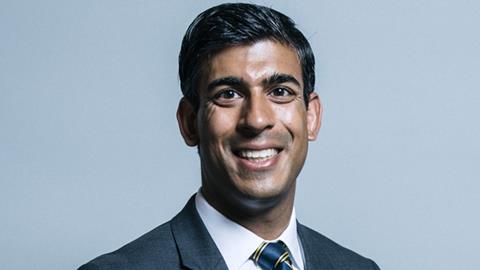 The government has taken action on business rates, fuel duty and National Insurance to support businesses.

In the Spring Statement, Chancellor Rishi Sunak announced an increase in the Employment Allowance to £5,000 from next month and business rates exemptions for green investment which were previously scheduled for 2023 being brought forward to April. Previously announced measures included the 50% business rates discount in 2022-23 for retail and hospitality businesses, and a freeze in the business rates multiplier in 2022-23.

The Chancellor also announced that from 6pm tonight (Wednesday), there will be a fuel duty cut of 5p per litre, and from April, the employee National Insurance threshold will rise by £3,000 to bring it in line with the income tax threshold. He also announced a longer-term plan to cut the basic rate of income tax to 19p (currently 20p) from April 2024.

The Association of Convenience Stores (ACS) highlighted the significant cost increases facing retailers in the year ahead despite measures announced to support businesses.

Chief executive James Lowman said: “We welcome the Government’s focus on supporting energy efficient investment with a zero VAT rate. The UK’s post-Covid economic recovery and the objective of levelling up can only possibly be met by encouraging private sector investment through fiscal incentives and creating the right regulatory environment for businesses, wherever they trade.

“Support for members including the Employment Allowance increase and the previously announced 50% reduction in business rates will help, but both of these measures only give limited support to businesses operating a number of convenience stores who can only claim up to £110,000 in business rates relief, as well as only being able to claim the Employment Allowance for the business as a whole, not for individual stores.”

Lowman also welcomed action on fuel duty and National Insurance although suggested more could have been done on the latter issue.

“Our colleagues will be pleased to see the threshold at which they start paying National Insurance Contributions go up, so now many will not pay them at all,” he added. “Mirroring this measure for employer NICs would have been a game-changing decision that would have helped thousands of small shops to counter high inflation and rocketing energy costs. Unfortunately, most local shops are facing a cost crunch that some may not be able to navigate.

“The 5p cut in fuel duty will grab headlines and our members who sell fuel will be pleased to see this tax come down. Fuel retailers are paying price increases that far outstrip this tax cut, so we are likely to see higher than normal pump prices until global political and economic instability settles and the price of oil falls.”

Chris Brook-Carter, chief executive of retail industry charity the Retail Trust said more needed to be done to support retail staff in the face of rising costs. “We are very concerned about the impact that the rising cost of living is having on the millions of retail workers that the country has relied on throughout the pandemic but who are now struggling to make ends meet,” he said. “Measures such as cutting fuel duty and raising the National Insurance threshold for lower earners should provide some relief for people now forced to make difficult decisions about whether to use money to pay for food, fuel or cover their rent and other bills.

“Retail has been hit hard by the pandemic, causing unprecedented job losses and a number of other financial and emotional pressures, leaving many people needing financial aid and mental health support and disillusioned about working in the sector as a result of the uncertainty of the last few years. The industry and the government must work together to provide its workforce with security, stability and a real sense of purpose in order for retail to recover and continue to play a vital role in the UK’s economy and tackling issues like social mobility and youth employment.”

Dr Phil James, chief executive of the Chartered Institute of Environmental Health also called for action against the rising cost of living.

“Rising costs affecting the basic cost of living are likely to exacerbate health inequalities around the country and mean a step back for the Government’s Levelling Up agenda. The Chancellor’s additional funding for vulnerable households is a start but more must be done to ensure that people on low incomes are protected from the worst impacts of the cost of living crisis.”

Responding to the Spring Statement, Food & Drink Federation chief executive Karen Betts, said price hikes are likely to continue. “Today’s ONS figures show prices for food and non-alcoholic drinks rose at the fastest rate since September 2011. This reflects the significant rises in ingredient, raw material and energy costs that food producers have been facing for many months now. All indications are that food price inflation is some way from peaking, and we expect prices to continue to rise for some months to come.”

Betts added that the government should examine other areas, including upcoming legislation to reduce the burden on businesses.

“Food and drink manufacturers, therefore, welcome the measures the Chancellor has announced to ease the cost-of-living crisis for UK households. In addition, we need government to consider other measures to cut the cost of doing business, to help stall rising prices, and stimulate growth such as removing complexity and cost from upcoming regulation. By establishing a National Food Security Council, government can help protect the resilience of the UK’s food producers and our food supply by reacting in real time to disruption as a result of turbulence in global commodity markets and international supply chains.”