Cash in the attic

Retailer profits usually come from the shop floor, but could a similarly profitable revenue stream be right above your head? C-Store chats to retailers who have made the move into property letting

Twenty years ago most high streets would have had at least one retailer living above their shop. The benefits were obvious: security was a cinch and the work commute consisted of a few steps. However, as the property market grew, retailers - never ones to be backward in creating new revenue streams - recognised that they were sitting on a prime piece of real estate and began to let the property instead of living in it. Nowadays, finding a retailer living above a shop is as rare as finding one with half-day closing.

According to Steve Rodell, head of retail at property specialists Christie & Co, the trend is a growing one. “The growth of retailers going into property has certainly been something that I’ve seen evolving over the years,” he says. He points out that if store owners look at it on a long-term basis it’s a good investment, because the demand is only going to go up. “Retailers have become very aware of that,” he adds.

Steve O’Donnell, branch director at commercial insurance broker Bluefin, agrees. “Many retailers have realised that they can convert their flats into an income stream. The retailer landlord has certainly been a trend for some time now.”

Vic Grewell, who owns a Budgens Store in Chorleywood and a Simply Fresh in Thames Ditton, is a long-time landlord and says that converting the flats above his previous store in Harrow 15 years ago effectively meant a 75% discount on his store rent. His rent was about £32k and he invested £20k to change the flats from four bedrooms to six, but renting the rooms individually provided him with a total rent of £24k.

He says that renting the flats hasn’t been without its problems, but these have mainly come from picking the wrong tenants. “In the first year there were a lot of people on housing benefit and we had a real issue with payments. We had to take some of them to court to get them out. They wouldn’t open the door and sometimes the rent wouldn’t be paid for six to seven weeks and I found that rather than running a shop we were running around after them.”

He says it was a lesson learned as “after that I made sure we had the right tenants”.

Even so, Vic says that when a tenant rings it can be very stressful as you know it’s likely to be a problem. “You have to be making enough money out of it for the stress to be offset,” he points out.

Today Vic is looking to convert the rooms above his existing stores into rental space. In his Thames Ditton store Vic has been using the flat above the shop as storage, but has recently been offered an off-site storage bay as part of a new development next to the shop. “I’ll be paying about £500 a month for storage, but by doing that I can free up the flat for a rent of about £1,000.

It might seem that becoming a landlord is easy money, but Vic also warns that if the property is part of a rental contract (which is the case in Harrow) then you have to check your contract carefully to make sure everyone, including the overall landlord, knows what they are entitled to. “If the landlord demands too much then it may not be worth your while. If you take up the lease as part of your contract then you are responsible for the repairing and maintenance. If it’s not going to make you money then it’s not worth your while. Looking after flats takes time and money. If the return isn’t good then it just becomes another headache.”

The next big project for Vic is his Chorleywood store, which is currently single storey. He is at present in the process of securing permission to build 14-16 flats on the premises. “Next year we’re looking at demolishing and rebuilding the site.” He says that the development will make a huge difference to his life: “It means I can get rid of all my loans and have income on top. Once I’ve done that development I could actually just retire.”

Kishor Patel, whose company Houghton Trading owns stores in Bedfordshire and Hertfordshire, has had similar success in the property market, so much in fact that it’s informing part of his plan for the future. While his brother Pat will continue with the retail side of the business, Kishor is making plans to add to his substantial property portfolio, which started with flats above his Hillborough Crescent Store in Houghton Regis in the late 1980s. Having moved from London, Kishor initially lived above the store, then when he bought a house he used the space as offices. Realising the potential of the space, though, he decided to rent it to private tenants.

As his store empire grew, so did the number of flats available to him. He rented Crabtree Stores in Hemel Hempstead from the council, so when a new lease was negotiated Kishor made sure there was a sublet agreement from the council on the flats.

Kishor now owns a substantial portfolio of 25-30 properties, not all over stores, and is aiming to add 40-50 in the next 12 months.

Kishor leaves any maintenance issues to the local agent, who looks after the properties for a fee of 5-10%. “We decided to go with an agent, one we have a very good relationship with now, because we wanted to stay focused on the retail business, and there is a danger with property that you lose focus.”

However, as he rents out unfurnished flats only, maintenance is minimal. “When you supply white goods that’s when the issues start,” he says.

Vic Grewell says that before taking the step to convert or take up a lease, retailers need to take a look at the rental property market in their area, and realise it’s about taking an informed risk. “I initially took a risk with £20k put into the Harrow shops and it’s paid off. But if I’d put in less, I’d probably have got less out of it.”

Kishor says that property can give great benefits, but it’s important to know your limitations. “You have to make sure you don’t overstretch yourself. And think about what you want to get out of the property. What is the financial situation of your stores? Do you have time to wait for long-term growth and can you ride out the peaks and troughs of the market? If so, the rent is less important to the business. If the finances are important to the business then you need to make as much on the rent as possible.”

However, he says that any income gained is better than keeping a property empty. “Anything you can get out of it is good. And like anything, if you have income spread over several areas then that’s obviously better than just one revenue stream.”

Insurance companies are notoriously difficult to please. Here, Steve O’Donnell from Bluefin sets out some advice for retailers looking to get into the property market.

Entrance. Where tenants still let themselves in through the shop remember that most theft cover requires forced entry. If tenants forget to lock the door you won’t be covered.

Internal doors. A Fire Risk Assessment will let you know your requirements. Get advice before buying fixtures.

Length of tenancy. Try to get long-term tenants - you don’t want to have to look for new ones every six months.

Common areas. Insure the carpeting and so on as it’ll come under heavy use.

Liability. Make sure that you are noted as a property owner and retailer on insurance documents so you pick up the liabilities.

Loss of rent: Make sure that your policy covers you for loss of rent through fire or flood etc.

Ensure you have the right insurance for the property you are letting. Unfurnished and furnished properties will require different insurance. 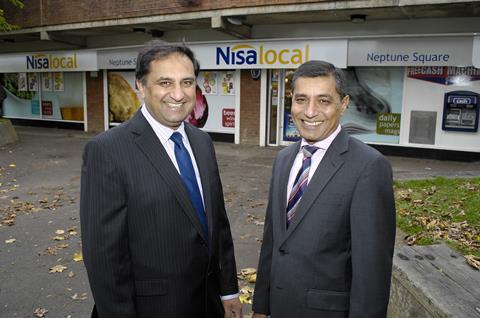 Of course, not everyone is cut out to be a property mogul and Kishor and Vic both point out the hard work and vigilance that needs to be put in by the retailer. And both have experienced bad tenants.

“You have to pay Council Tax on the flat so if it is empty it is going to cost you money.”

He also points out that you need to pick your tenancy contracts carefully if you plan to sell the premises in the future - will anyone want to buy a flat with a sitting tenant? - and be as honest as possible about any disturbance that may be created from deliveries or people hanging round the shop. “You don’t want to be dealing with tenant complaints as well as running your business.”

Ian Fletcher, director of policy (real estate) at the British Property Federation, says managing the letting can be a challenge, too. “Residential tenants will come with different issues, and residential tenancies are far more regulated than commercial ones.”

And there is another potential hurdle, says Fletcher. “The other obstacle is Self Invested Pension Plan (SIPP) regulations, which prevent SIPP investors deriving income from residential property. Most small high street shops are probably owned by individuals, many via SIPPs, and in those instances deriving any residential income would bar the whole property from the SIPP.”