Budget 2021: what it means for retailers 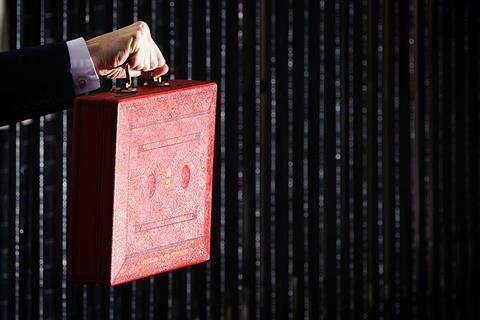 In the Budget speech, Chancellor Rishi Sunak MP announced that green investments such as solar panels and heat pumps would be exempt from business rates. He also announced that investments in improvements to businesses will not be subject to business rates for 12 months after that investment is made and that subject to confirming eligibility, local shops will also benefit from a 50% reduction in their rates bills for 2022/23.

ACS chief executive James Lowman said: “It was great to see the Chancellor announce action to incentivise investment through the business rates system, something we have been calling for in our discussions with Ministers for many years. The 50% relief on 2022/23 business rates is a significant step towards our recommendation for a full exemption for premises under £51,000 rateable value. While these measures are welcome in the short term, they must be supported by long term reform of the business rates system that ensures that retailers can focus on driving growth, efficiency and productivity. Convenience stores have kept Britain going through the pandemic and are at the heart of our recovery and future growth.”

BIRA CEO Andrew Goodacre said: “Whilst we would have liked to have seen a more fundamental review of business rates, we are pleased to see some respite for the smaller, independent retailers.

“The retail discount for business rates was a positive move when first introduced in 2019 and it is right that it is now re-introduced. We also think that the incentive to encourage investment in equipment to reduce the carbon footprint of shops is a good idea.”

NFRN national president Narinder Randhawa said: “While we broadly welcome the decision to freeze business rates and offer a 50 per cent discount for one year, we will continue to push for long-term reforms to make the system fairer for the independent retail sector.

“Newsagents and convenience store owners have kept the UK going during all the hardship of the last two years. Now is the time for the government to help us, not turn its back.”

On business rates, Surrey retailer Dean Holborn said independent retailers need “to be recognised for what we do in our communities”. “I think we’ve proved this in the last 18 months, and get some acknowledgement for that would be nice.”

Although leaked earlier this week, the Chancellor confirmed the increase of the National Living Wage to £9.50 per hour. The rise sparked concerns from the retail industry.

The ACS said it will increase costs for retailers but called for action to be taken on the gig economy. “The increase in the National Living Wage to £9.50 is in line with the established policy of this rate equalling two-thirds of median earnings by 2024,” said Lowman. “This will bring a payrise for many of the 392,000 people working in local shops, but significantly increase the costs of those running these stores, who are working longer and longer hours to keep their businesses afloat.

“We now need to see an Employment Bill to tackle the burgeoning shadow labour market based on avoiding paying the National Living Wage and other costs, using gig economy practices to undercut the flexible and secure work offered by local shops.”

Commenting the National Minimum Wage increase, Dean Holborn said “We want to pay people the right money, but at the same time we work on very tight margins so it’s very difficult, and unfortunately that will have to be passed on to the customer - it’s just a vicious cycle.”

Rav Garcha, who runs four stores in the West Midlands, doesn’t mind the rise in National Minimum Wage as much, stating it generates spending at his store. “The first few weeks that a wage increase comes into effect, we see a rise in basket spend while people get used to having a bit more money in their pockets,” he said. “But the rise does mean that we often have to rely on younger people to work in the stores.”

Jai Singh, who runs stores in Sheffield, said the rise will impact the ability to employ another member of staff and most likely result in existing staff being forced to take on more work.

He added that it was inevitable that this increase, and others, would have to be passed onto the customer.

“There are a lot of costs that businesses absorb, because you want to remain competitive at a certain price point. However, cost prices will go up. Milk, in the last six months, has gone up again - our local milk supplier sent a letter saying their milk price has gone up. In the past we have bit the bullet and absorbed the cost but if the price gap between us and the supermarket becomes vast, we have decided if the price does go up we have no choice to pass it on because there’s other costs to think about.”

Randhawa added: ”In an ideal world, we would all like to pay our staff more, and we can understand the Chancellor’s desire to help people at the lower end of the pay scale. But the headline increase in the wage rate does not include the increase in National Insurance and pension contributions, as well as the forthcoming social care levy, that employers also have to pay.

“Rather than boosting many shop workers’ incomes, the increase in the minimum wage will have the opposite effect of threatening jobs in the sector. Independent retailers have already been hit hard by the Covid pandemic, with many having to reduce staff levels and hours and take on more of the work themselves. This increase to the national minimum wage and the inevitable knock-on effects will only make matters worse.”

Sunak also announced widespread changes to the duty rates system, reducing the total number of alcohol duty rates from 15 to six in an attempt to simplify the system. However, the Chancellor is also introducing a new 5% ‘draught relief’ on draught beer and cider sold in the on-trade.

Lowman said: “On one hand, the Chancellor is implementing reform of duty rates to make the system simpler, but on the other, the new ‘draught relief’ will make the system more confusing. As the line between on-trade and off-trade becomes increasingly blurred, duty should be applied at the highest point of the supply chain. We urge the Government to focus on tackling the billions of pounds worth of non-duty paid alcohol that is damaging responsible retail businesses and the communities that they serve.”

A rumoured increase in fuel duty did not go ahead which was welcomed by retailers.

On this, Randhawa said: “With petrol and diesel prices at an all-time high, the cancellation of a planned increase on fuel duty will come as a relief to those retailers who provide home delivery services - something that has increased markedly since the start of the Covid pandemic.