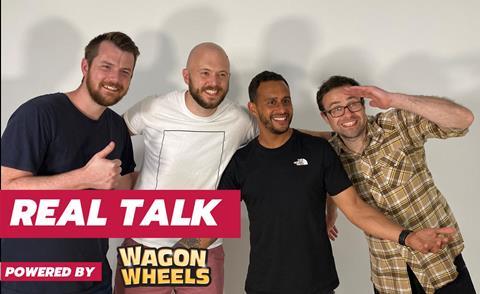 Wagon Wheels is set to support dads through a campaign in partnership with Dadsnet. Launching on Father’s Day, the six-month campaign will centre around a series of ‘Real Talk’ videos hosted by the ‘Loose Dads’ across Dadsnet’s platforms, tackling important topics including gender stereotyping and Covid-19.

The campaign also includes content such as dad jokes and competitions, while being supported across social media. This new campaign follows the brand’s biggest ever on-pack promotion ‘Stig on Wheels’ earlier this year, which ran in partnership with BBC Top Gear.

“In the last year, support for mental health has never been more important,” said Kate Needham, Burton’s Biscuit Co.’s marketing director. “As a brand notoriously popular with men, we wanted to create a campaign which would not only show our support but spark real conversations on hard-hitting issues in a relatable, down to earth way.”

CEO of Dadsnet Al Ferguson added: “Wagon Wheels is such an iconic brand with a big fanbase, including Dadsnet followers, which makes our platform a great fit for this campaign. We are thrilled to have partnered with Burton’s Biscuit Co on such an important mission to get dads talking!”