Sustainable brewery Toast Ale has launched a crowdfunding campaign to raise £35,000 to put its core range into 330ml cans. 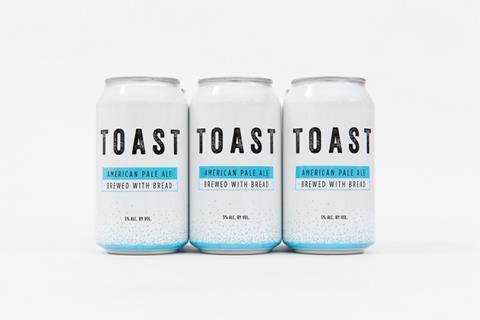 The campaign, which kicked off on 6 June, is looking to raise money through a series of reward-based incentives, with those who pledge receiving the first-edition British cans and a first look at Toast Ale’s new branding.

Global head of brand, culture and sustainability, Louisa Ziane, said: “In 2016, we launched our planet saving beer in bottles, and last year introduced kegs so that consumers could get Toast on tap at pubs, bars and events across the UK.

“We also launched cans in the US, and earlier this year into Ireland. They’ve proved a big hit and we’re often asked when they’re coming to the UK. We’re exceptionally excited to be able to provide our customers with more ways to do their bit for the planet and to use cans as a canvas to reveal our exciting new branding, which better communicates Toast’s environmental mission.”

Toast Ale has already upcycled more than one million slices of fresh surplus bread into ales, as part of their mission to fight food waste. The brewery’s next goald is to reuse 1 billion slices.