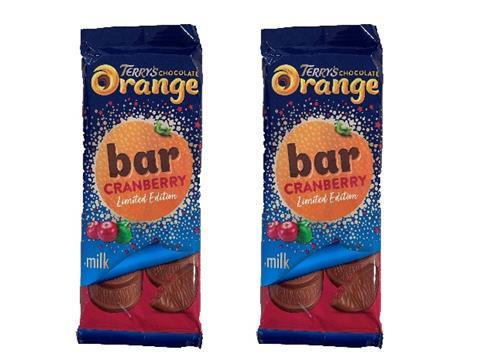 On the sharing side, Carambar & Co. has unveiled Terry’s Chocolate Orange Milk Mini’s PMP and the 400g Segsations Pouch.

Commercial director at SHS Sales & Marketing Andrew Freestone said: “Terry’s Chocolate Orange is a hugely well recognised and treasured part of Christmas, whether that’s as a stocking filler, a last-minute gift or just to enjoy on the sofa on a cold winter’s night. We know Terry’s Chocolate Orange represents both planned and impulse purchases so by ensuring that they have the breadth across the range and with some creative merchandising, retailers have the opportunity to drive incremental sales and profits.”