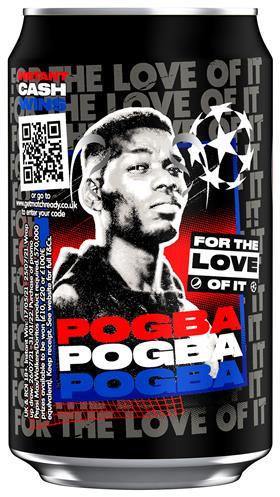 To celebrate its continued sponsorship of the UEFA Champions League for the seventh year, Pepsi MAX is launching an on-pack promotion ahead of a summer of sport. Offering over half a million customers the chance to win instant cash via a QR code, to the value of £10, £20 or £100, the promotion will help drive sales among both new and existing shoppers.

Pepsi MAX will feature some of the world’s top football stars on each promotional pack, and for the first time will feature a female footballer on-pack, following sponsorship rights being extended to the Women’s UEFA Champions League and the wider Women’s game.

Football is the number one sport in the UK, playing a massive role in British culture. The UEFA Champions League itself is the biggest football tournament in the world, with 2.4 billion people tuning into the UEFA Champions League 2019-2020 season. Therefore, at a time when football will be front of mind and when soft drinks sales are expected to spike during the summer period, the world-renowned players on-pack will be instantly recognisable to shoppers, claims Britvic.

The promotional packs are available until the end of July, in both take home and on the go formats, including main packs; 330ml cans, 500ml and 2L bottles. A QR code on pack gives shoppers the opportunity to win cash prizes, taking the consumer directly to a Facebook Messenger chatbot which will tell them if they have won a prize, offering a more interactive experience. It is supported by a full 360 campaign including TV, social (including TikTok and Snapchat), in-store and online.