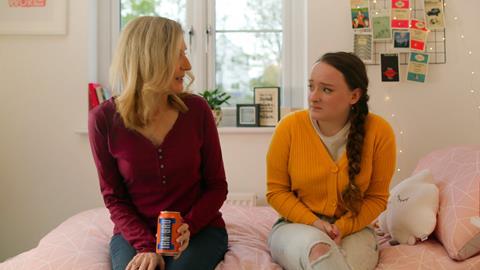 Irn-Bru claims an estimated 1.4 million Scots are about to collectively experience their first time this summer – by watching Scotland’s men’s football team play in the Euros. The brand is pledging to help prepare all tournament virgins for the momentous occasion of cheering on the men’s team at a major competition for the first time in 23 years with two new films on Irn-Bru socials. The first captures a teen girl, cringing at her mum’s insistence of having a ‘mother daughter chat’ in her bedroom about her ‘first time’. The cringe turns to shock as her mum explains that she had her first time with her Aunt Helen in France back in 1998 – before cutting to reveal that she is talking about going to the World Cup.

The second film, coming soon, features a couple sitting together on the couch, with one of the men talking about being more ‘experienced’ while his partner seems nervous to have his ‘first time’… before revealing they’re getting ready to watch the Scotland game at kick-off on TV.

Adrian Troy, marketing director at AG Barr, said: ““We - along with the rest of the nation - could not be more excited to see Scotland back representing at the Euros this year and we’ve got a whole lot of surprise and delight moments planned to help the next generation lose their tournament virginity in fun, memorable ways.”