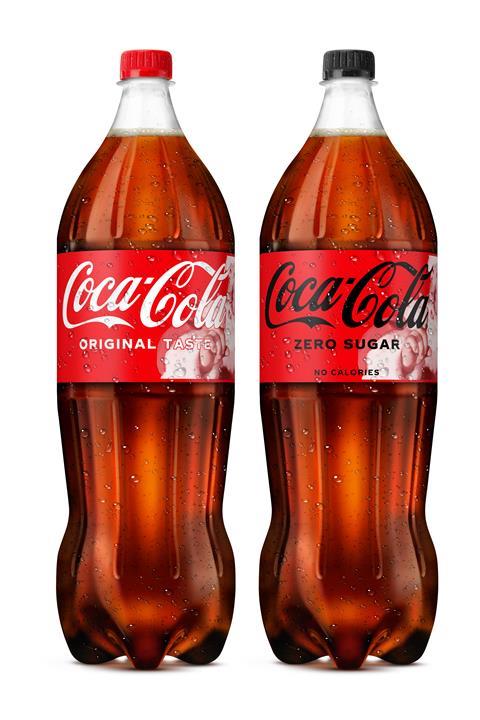 As part of the promotion, 27 million festive-themed sharing packs of Coca-Cola Original Taste and Coca-Cola Zero Sugar are rolling out now, featuring the strapline ‘win a meal, give a meal’. Through the campaign, shoppers can scan QR codes on-pack for the chance to win e-vouchers from Love2Shop – accepted by supermarkets, food aggregators, restaurant chains and more. And for every entry (up to 60,000), Coca-Cola will donate a meal to its long-term charity partner, FareShare, a charity set up to fight hunger and food waste by redistributing surplus food to frontline charities.

The festive pack designs and promotion will run across sharing formats including plain and price-marked large PET bottles and multi-packs of cans. Retailers can request Christmas POS materials from My.CCEP.com to bring Christmas to life in-store, encouraging shoppers to ‘bring home holiday magic’ and highlighting the on-pack promotion.

Martin Attock, vice-president commercial development at CCEP GB said: “Coca-Cola’s brand purpose is about bringing people together and making a difference, and this promotion does exactly that. We know that a third of shoppers are already planning a bigger Christmas than usual as they reunite with family and friends, and with 130 years of heritage at Christmas time, Coca-Cola is the brand to help them make it happen. At the same time, we know there are people for whom Christmas is a particularly difficult time, and we want to support them too.”