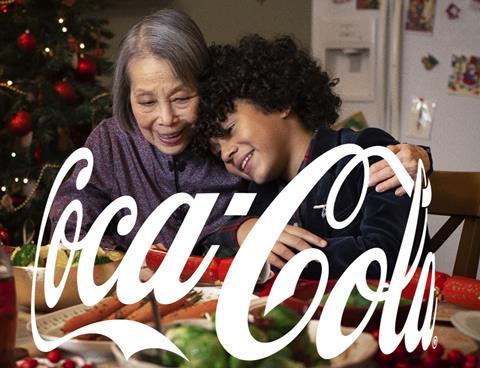 Coca-Cola has unveiled a seasonal campaign celebrating community and togetherness. The multi-faceted Real Magic at Christmas campaign will include a TV ad, as well as an on-pack promotion in partnership with FareShare.

The campaign is anchored by a short film, which shows a boy whose imagination and efforts gather a community’s goodwill at Christmas, creating a shared moment of magic around a festive meal and a Coca-Cola. The 60 second TV ad will air on 1 December. The film is supported by a series of activations across various channels, including influencer partnerships, consumer led activations and charity initiatives.

Manolo Arroyo, global chief marketing officer at The Coca-Cola Company, said: “This is our first Christmas campaign under the new Real Magic brand philosophy for Coca-Cola. Coca-Cola has always believed in the magic of Christmas, and this year our campaign celebrates the real magic of him and connections. With a simple and uplifting message of unity, inclusion and positivity at its heart it aims to remind us that all we need for a magical Christmas is shared moments with community and the ones we love.”

Simon Lloyd, chief creative officer at denstuMB UK, said: “Magic is all around us, but most of the time we don’t even notice. This story is set in an apartment block in the USA, but it could be anywhere. For most people in the world, living stacked up on top of one another is a reality; so close yet still strangers. But then the global pandemic also brought neighbours together like never before. With Christmas cancelled for many last year, this humble holiday story focuses on what matters: community and generosity that connects us in an imperfect world.”