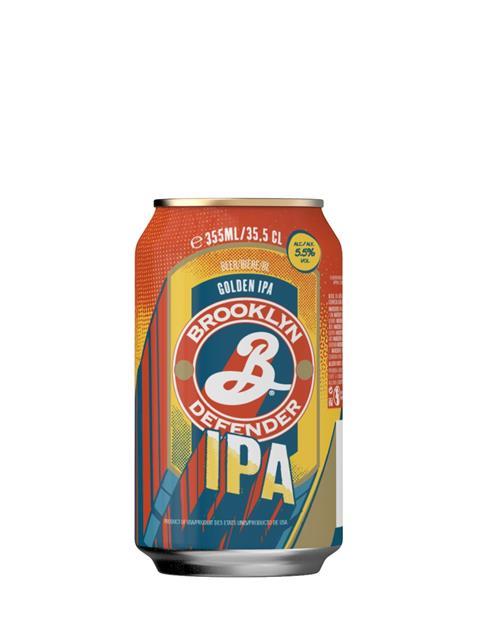 Brooklyn Brewery has announced the launch of a new Defender IPA into the UK market.

The new Defender IPA (5.5% abv), which features notes of bitter hops, tropical fruit and a dry finish, will be rolled out in a 330ml can format.

“An enduring favourite in the US, Defender IPA is created with the belief that beer should be interesting, delicious, accessible, unpretentious and downright fun. It has plenty of hop intrigue for aficionados and smoothness for newcomers. A real all-rounder.”

Defender IPA will be available in the UK from the end of March, with a rrp yet to be announced.