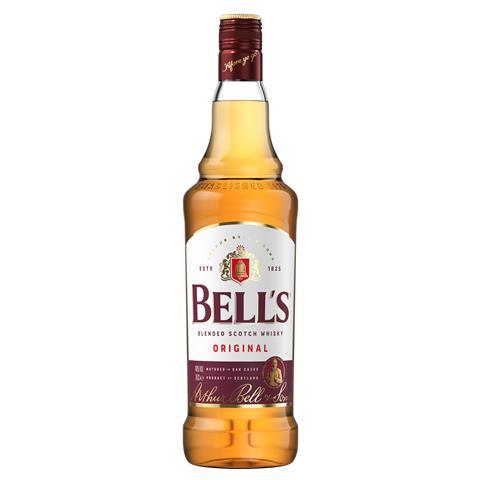 The refreshed bottle features founder Arthur Bell showcasing the brand’s heritage in a contemporary way to maintain its identity and stand out on shelf.

George Harper, whisky specialist at Diageo, said: “We have always followed Arthur Bell’s own advice that a good quality whisky can speak for itself. Whilst Bell’s has been a firm favourite of the nation for years, this year we are excited to have it stand proud in home bars with its brand new look - offering a smooth and refined taste, still built around the signature Bell’s Original our fans know and treasure.”

The new bottle has been launched with a £1m media investment behind the brand’s first TV commercial in six years.

The Christmas advertisement, which runs across TV and radio broadcast as well as social media until the 31st of December, aims to reignite the nation’s love for Bell’s Original. Featuring doorbell chimes ringing out to the tune of Scottish poem, Auld Lang Syne by Robert Burns, the message is to Drop by for a Bell’s this festive season.

Violeta Andreeva, marketing director of whisky at Diageo said: “Working on Bell’s Whisky, one of Britain’s most loved Whisky brands, was a real privilege. While we wanted to update the look of the bottle, we had to stay true to its heritage and constantly asked ourselves what Arthur Bell would have done. Keeping in line with its traditional roots led us to the new campaign idea – drop by for a Bell’s with loved ones and enjoy a special dram together this Christmas.”