A teenager has been arrested following an armed robbery at a Premier store in Plymouth. 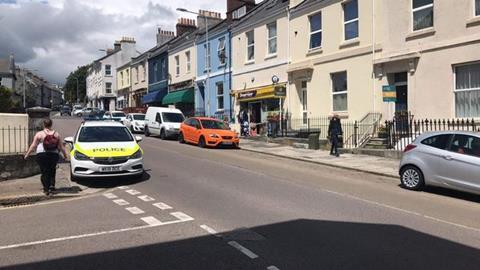 The incident occurred at the convenience store on Molesworth Road in the neighbourhood of Millbridge at around 12:45pm on 5 June.

According to Devon and Cornwall Police, a 17-year-old boy has been charged with robbery and released on bail to appear before Plymouth Youth Court on 27 June.

A male dressed in dark clothing entered the store carrying a metal bar, before making threats to a member of staff and demanding the cashier open the till. The offender then took a bottle of spirits before fleeing the area.

No injuries were reported.

Police have asked anyone who may have seen an individual acting suspiciously around the store or saw anyone fleeing the area to contact them on 101 or call Crimestoppers anonymously on 0880 555111 quoting police log 357 of 5/6/2019.