Police are investigating an armed robbery at a McColl’s store in Greater Manchester, in which store workers were ordered to lie on the floor and a customer was punched in the face. 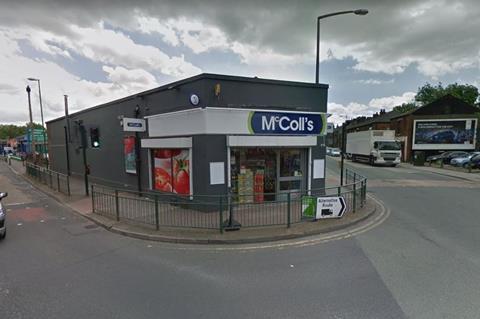 The incident happened at the convenience store on Ashton Road in the town of Hyde at 9:45pm on 24 June.

According to police, two men dressed in black and wearing balaclavas entered the store and demanded store workers open the safe.

The workers, who did not have access to the till, were ordered to lie on the floor while the thieves ransacked the till and tobacco stand. A customer walked in and tried to confront the offenders during the robbery and was punched in the face.

The incident follows a number of recent incidents across the UK, including an armed robbery at a c-store in Scunthorpe and a knife-wielding robbery in Nottinghamshire in April.

On Friday c-store retailers appeared on the BBC’s Victoria Derbyshire show to highlight their experiences of violence and abuse against store workers amid cross-industry calls for government action.