Cheshire Constabulary are appealing for witnesses following a “terrifying” armed robbery at a One Stop store in Warrington. 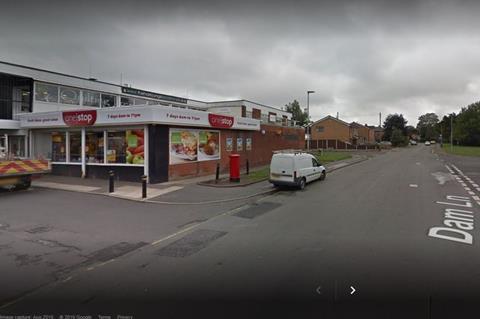 The incident occurred at the convenience store on Dam Lane in the township of Woolston at around 10:10pm on 11 July.

According to police, two men carrying machetes entered the store demanding that two female store workers take them to the safe. The men were both wearing ski masks, hooded tops and dark clothing.

Whilst stealing a quantity of cash and cigarettes, the offenders were disturbed and chased out of the store by a male customer and subsequently fled in a light coloured Ford Focus car.

Detective constable John Parry said: “This was a terrifying ordeal for the women who were working at the store and the man who entered the shop whilst the robbery was in progress.

“They have understandably been left extremely shaken up and we are committed to doing all that we can to identify the offenders and bring them to justice.”

The incident follows a number of recent incidents across the UK, including an armed robbery at a One Stop in Lincolnshire and a knife-wielding robbery at a Nisa store in Swansea.

Anyone with information should call Cheshire Constabulary on 101, quoting IML 453412, give the details via https://cheshire.police.uk/contact/general-enquiries or contact Crimestoppers anonymously on 0800 555 111. Dashcam footage can be submitted online at www.cheshire.police.uk/advice-and-support/roads-and-vehicle-safety/submit-dashcam-footage.