Police are appealing for information in relation to a knife-point robbery at convenience store in south Wales. 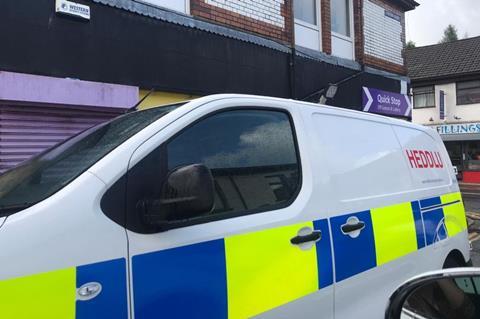 The incident happened at Quick Stop Convenience Store on Brook Street in the town of Tonypandy at around 9:30pm on 18 August.

According to South Wales Police, two men armed with knives entered the store and ordered a female store worker to open the safe.

After forcing their way into the living quarters of the store, the offenders locked the store worker in a bedroom, before making off with a significant quantity of cash.

The incident followed a number of recent robberies across the UK, including a man who threatened staff workers with an imitation firearm at an Aldi in Newcastle-upon-Tyne and an gun-wielding armed robbery at a store in Greater Manchester.