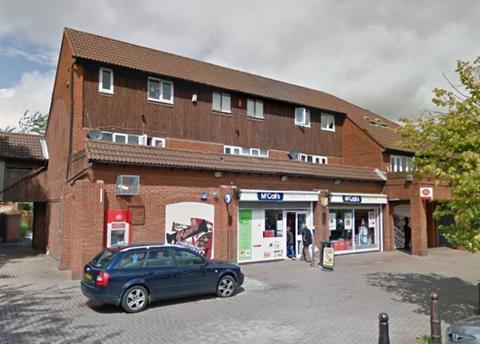 The incidents happened at a McColl’s store on Admiral Road in the civil parish of Birchwood at around 10:30pm and at a Sainsbury’s store on The Cross in the village of Lymm at around 11pm on 1 August.

According to police, three men wearing dark clothing attempted to force their way into the McColl’s store armed with a weapon, banging on the door and threatening staff. A store worker called the police and the offenders fled the scene empty handed.

A short time later, two men wearing balaclavas entered the Sainsbury’s store carrying weapons and demanded money from the tills from two store workers. The offenders stole a quantity of cash and fled in a car.

Detective constable, John Parry, said: “These were terrifying incidents for all those involved, and I want to reassure the community that we are doing all we can to trace those responsible. We take any incidents of this nature extremely seriously and we will do all we can to locate the offenders and ensure they are brought to justice.

“Extensive enquiries are being carried out in a bid to piece together as much information as we can about these incidents, which we believe could be linked. I would appeal to anyone who has any information regarding any of these incidents to come forward. Even the smallest amount of information can be useful when piecing together a case.”

The incident followed a number of recent robberies across the UK, including an incident in the West Yorkshire in which a store worker was injured during an attempted armed robbery and a robbery at a McColl’s store in Derbyshire.

Anyone with any information should call Cheshire Police on 101, quoting incident number IML-474071 for the incident in Birchwood or IML-474103 for the incident in Lymm. Information can also be reported via our website on https://www.cheshire.police.uk/contact/general-enquiries/ or anonymously, via Crimestoppers, on 0800 555 111.