A man is expected to receive a lengthy jail sentence for robbing a convenience store in Essex. 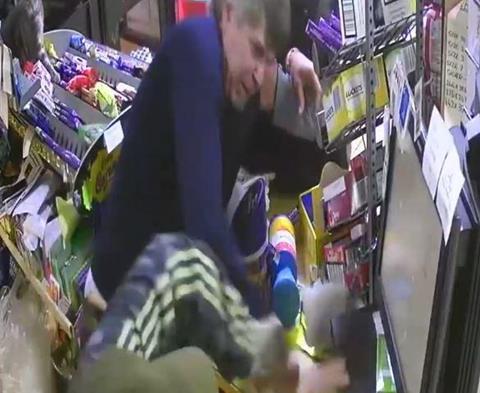 The incident happened at the 7 two 11 store on High Street in the town of Clacton on Sea at around 10:40pm on 27 April.

Martin Ottway, 37, admitted a charge of robbery at Chelmsford Crown Court, after making off with £167.35 in cash, £150 of newspaper vouchers and an electronic till valued at £1,967. The incident was caught on CCTV.

Chris Whitcombe, mitigating, said: “He is aware that the starting point for this offence is four to five years and even with 25 per cent credit it is likely to be between two-and-a-half and three years.”

Store owner Johnathan Dunkin, who was behind the counter when Ottway entered the store, suffered another robbery in February, when Scott Cotier, who was jailed for six-and-a-half years, used an imitation firearm in an attempted armed robbery at the store.

The incident comes after a number of recent convictions for armed robberies across the UK, including a man jailed for 16 months for robbing a Costcutter store in Belfast while wielding a screwdriver, and a man jailed for five years and seven months over a knife-wielding robbery at a Co-op Group store in Northamptonshire.