Cleveland Police are appealing for witnesses after staff were threatened by armed robbers at two convenience stores in the town of Thornaby in the past week. 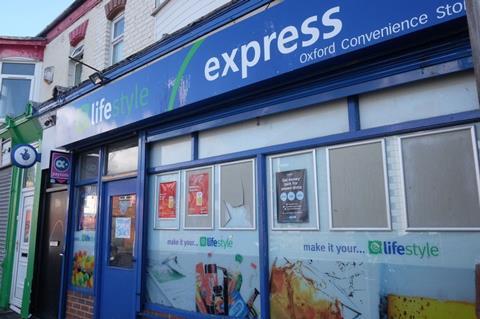 The first incident happened at Oxford Convenience Store on Oxford Road in Thornaby at around 7:40pm on 4 September.

According to police, four men entered the store armed with weapons and threatened a store worker. The offenders left empty-handed.

An 18-year-old male has been arrested in connection with the incident and has been released under investigation.

Elsewhere, on Thursday 5 September a man entered the Best-one Store on Vulcan Way in Thornaby and threatened a woman with a knife.

The man is described as being a white male, aged around 16/17-years-old and was wearing a black tracksuit and a hat.

No-one was injured and a small amount of items were taken from the shop.

The incidents followed a number of recent robberies across the UK, including a man who threatened staff workers with an imitation firearm at an Aldi in Newcastle-upon-Tyne, and a gun-wielding armed robbery at a store in Greater Manchester.

Anyone with information on the Oxford Road incident is asked to contact DC Peter Lillie from Cleveland Police on 101, quoting event number 152647 or contact independent charity Crimestoppers anonymously on 0800 555 111.

Anyone who witnessed the incident at the Vulcan Way store or has any information is asked to contact DC David Leen via the non-emergency number 101, quoting the event number 154223.