Remaining vigilant: how to deal with retail crime 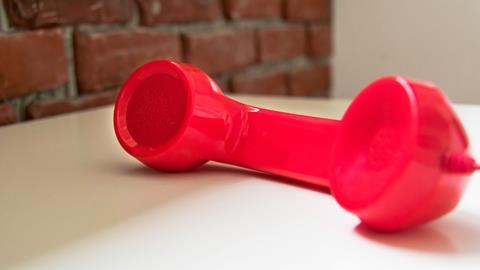 Shopworkers have faced a torrent of violence since the pandemic hit, overwhelming staff who have worked tirelessly to fulfil an influx of new customers.

Staff bodycams and extra security guards are just some of the solutions retailers have been pushed to implement at stores to help curb a potential crime epidemic.

Though it isn’t just the pandemic that has seen violence spill over in store aisles. Research shows it was an ongoing issue ahead of the coronavirus crisis.

The Association of Convenience Stores (ACS) 2020 Crime Report found 83% of people who worked in the convenience sector had been susceptible to verbal abuse over the past year, with more than 50,000 incidents of violence, of which a quarter resulted in injury.

The research found that the violence was most triggered when responsible shopworkers and retailers enforce the law, like age restrictions on regulated products, or when they encounter shop thieves.

But now, staff have the added responsibility of monitoring face masks too, which many retailers fear will cause more “flashpoints”.

Our sister title The Grocer reported last week that staff at the Co-op have endured their worst week in history in terms of abuse and antisocial behaviour, with the introduction of mandatory face coverings in England.

This is despite the government stressing that shopworkers should only encourage the new policy, and police are to enforce it.

Yet the convenience retailer said it recorded 990 incidents of anti-social behaviour and verbal abuse between Monday 20 July and Sunday 26 July.

These hard-hitting figures calls on action to stem the rising number of crimes against shopworkers, which trade bodies are persistently lobbying.

What should you do?

But while they wait for reform, what advice is there for staff to help lift morale during such a worrying time?

“The first thing that any victim of retail crime must do is inform the police,” said the Federation of Independent Retailers (NFRN) national president Stuart Reddish.

“We would advise any store owners who are afraid that something similar might happen to them to contact their local community, council and police force, so that they can work together and come up with an appropriate solution – this has proved to have had a fantastic outcome for some of our members.

“It is vital that all employees remain vigilant during certain times, such as opening and closing hours, and when they are in the store alone.

“Surveillance cameras can help to deter criminals and store owners are advised to empty their tills frequently. Customer limits within stores can also help to make shop workers feel safer behind the counter.”

Central England Co-op has also explained the various ways it has tried to protect its staff and accentuate support following several attacks in its stores. Recent figures from the retailer that show assaults jumped by 100% since the start of the year. Abuse of threats and intimidation have raised by 25% and verbal abuse has also shot up by 175%. And since the lockdown was introduced, there have been more than 100 incidents related directly to people using Covid-19 as a threat.

“During the pandemic, we have been running a high level campaign in stores with regional and national media urging people to treat out colleagues with respect and that we have a zero tolerance approach to any kind of abuse or attack towards our colleagues,” said a spokesperson for Central England Co-op.

“If we have had an incident, we have not only highlighted it via letter to the Home Secretary and local MP but also using local media to support the police investigation, condemn the attack and get support from local politicians.

The retailer also employed an extra 150 security guards in stores and its distribution network throughout the pandemic, giving almost 2,000 extra hours of support to keep people safe and ensure security measures were adhered to.

“We are aware that incidents, such as these, are frightening for store colleagues, who are our first priority,” the spokesperson continued.

“We are doing everything we can to prevent incidents like this from happening, but if something does happen, we offer them support and counselling both from within our business and specialists.”

The retailer reported some happy news however following the first weekend the policy of mandatory face masks was applied in England stores.

It revealed on 27 July that it had no incidents of colleagues being confronted or challenged in relation to the new Government guidance of wearing a face covering when visiting one of its sites.

All stores saw compliance levels by shoppers of 90 to 95%.

Central England Co-op store manager Matt Simpson said: “We want to say a big thank you to our customers for working with us when it comes to keeping our colleagues, customers and communities safe by wearing a face covering.

“The feedback we have had has been brilliant and what is even better, at a time when we are campaigning for a zero tolerance approach to any kind of abuse towards colleagues, is that we have seen no confrontations or challenges related to this new rule.”

So while some retailers may be witnessing a more compliant attitude from shoppers, ACS still advises retailers and their staff to remain vigilant, with some top tips.

First tip: make sure your staff are aware of the triggers of abuse and are trained to deal with difficult customers.

The first trigger is encountering shop thieves. ACS advises the best way to prevent shop theft is by being attentive, meeting and greeting all customers as they enter the store, so that potential thieves know you are watching them.

The second is refusing to serve intoxicated customers.

Retailers are legally obligated to refuse an alcohol sale to someone who is intoxicated. If you have to refuse to serve a customer who is drunk, stay calm and polite. For example, “Sorry we cannot serve you today” – do not say that they are drunk. If they become aggressive, keep at least an arms-length distance between you and the customer and seek help from other colleagues.

And three, enforcing age restricted sales. Move the blame onto the law, by explaining that retailers are required by law to ask for ID.

Finally, for the trade body’s fourth tip: you must have a clear policy for reporting abuse by customers internally and externally to the police.

ACS chief executive James Lowman said: “Local shops have done a fantastic job in feeding their communities throughout the duration of the Covid-19 crisis and it is unacceptable that our colleagues are facing incidents of violence and abuse simply whilst trying to do their job.

“We are hearing from members that the requirement to wear face coverings has been another flashpoint and led to abuse of colleagues, and the increase in abuse and violence during the Covid crisis is a reminder of why local shops and their communities need more effective support from the police.

“There is no excuse for violent and abusive behaviour towards our colleagues and we are urging all retailers and their staff to report all incidents to send the message that this behaviour is never acceptable and will not be tolerated.”

Who should you call?

Call 999 if you or someone else is in immediate danger, or if the crime is in progress.

Call 101 to contact the police if the crime is not an emergency.

You can also contact Crimestoppers to report a crime anonymously. They will pass the information about the crime to the police.