Just over a year ago Conrad Davies embarked on a major revamp of his 3,000sq ft store in Pwllheli in Wales, relaunching it as the first Spar Market store. “We wanted to go more upmarket, like Waitrose,” he explains. “We wanted to differentiate ourselves from the nearby Lidl and Asda - it’s all lower end stuff here.” He has increased the fresh and local ranges, sourcing from more than 70 local suppliers, and added a number of unique premium lines and an own-brand range. So far the £500,000 investment has led to a 7.5% sales uplift. 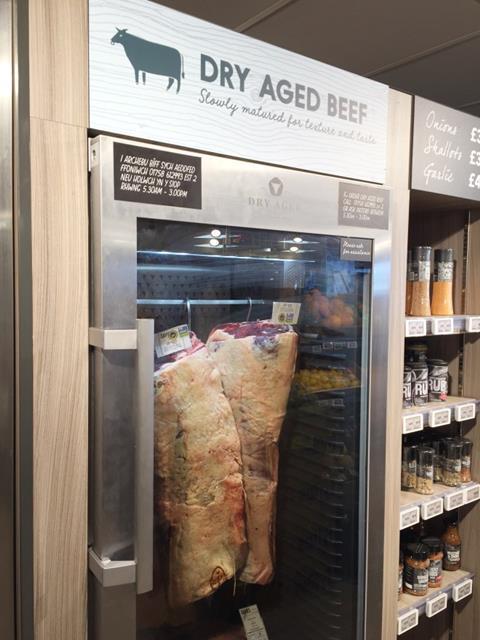 Conrad introduced a meat ager to highlight the fact six butchers work in the store. About 12% of sales come from fresh meat, with much of the pre-packed meat sold under the Davies own brand. 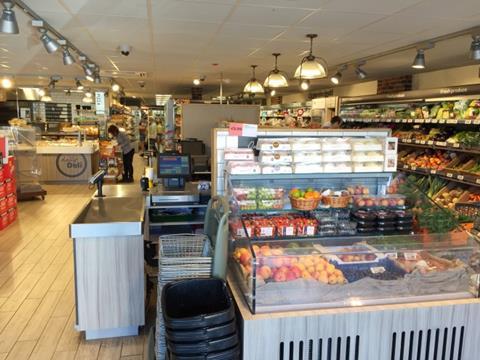 The fresh offer has been doubled and now accounts for almost 54% of sales. Fruit and veg is sourced from Liverpool market, and much of it is displayed on bespoke crates on wheels. Fruit and veg can be packed in paper bags instead of plastic. 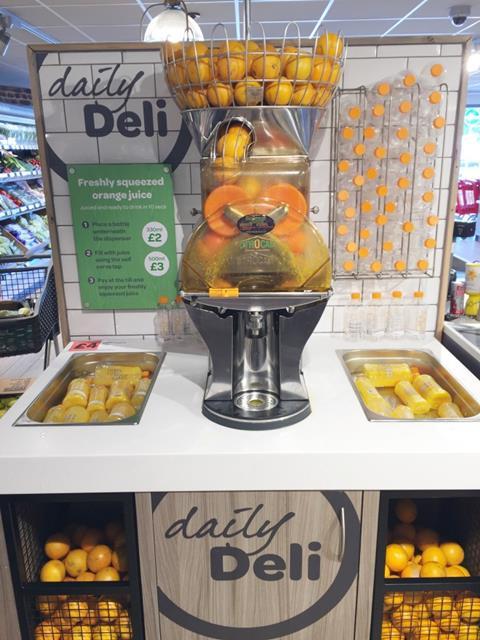 An orange juice machine turns over about £800 a week. “Every 20 minutes it squeezes into bottles – you can bring your own bottles. You’ve got to have theatre with it, though.” 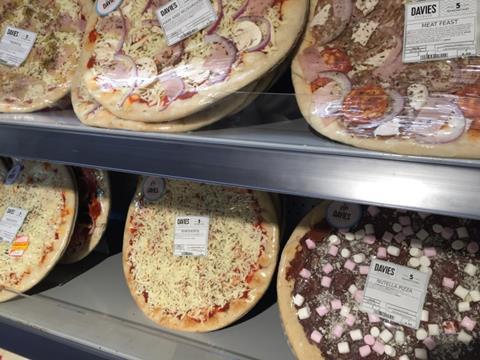 Homemade pizzas on sale in a new pizza fridge offer margins of up to 60%. Top seller is a Nutella variant. 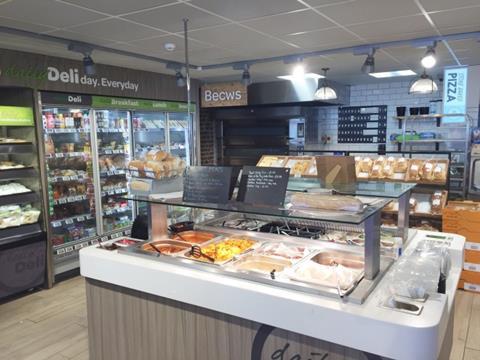 Food to go includes Spar’s Daily Deli offer, including a range of hot food and baguettes made in a unit upstairs, adjacent to the Subway. 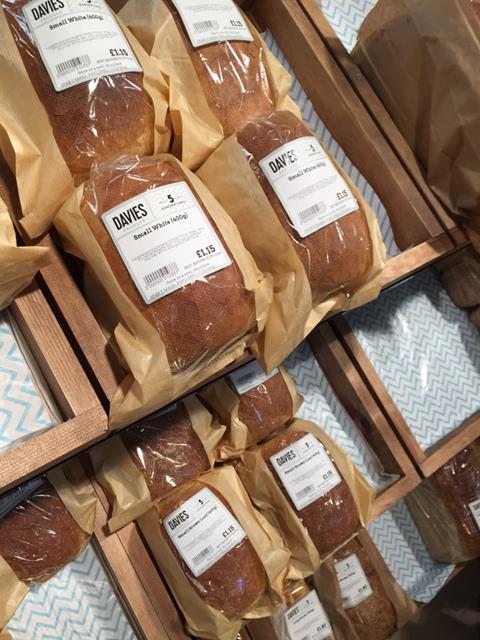 Conrad has introduced a three-deck bread oven, in which all types of bread can be baked, as well pizzas which can be made fresh to go. “Because bread is made from scratch there’s no waste,” Conrad says.

The latest self-serve Costa Coffee unit is also now in place, and Conrad is looking to offer eco-friendly coffee cups. 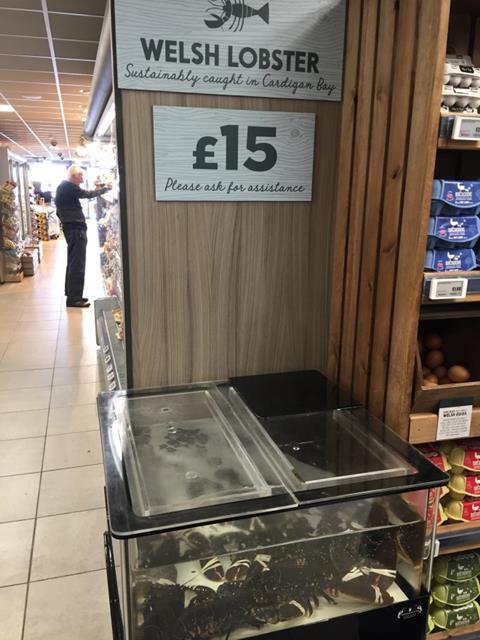 Not many stores could compete with Conrad’s Welsh lobster proposition. Up to 20 are sold during a good week. 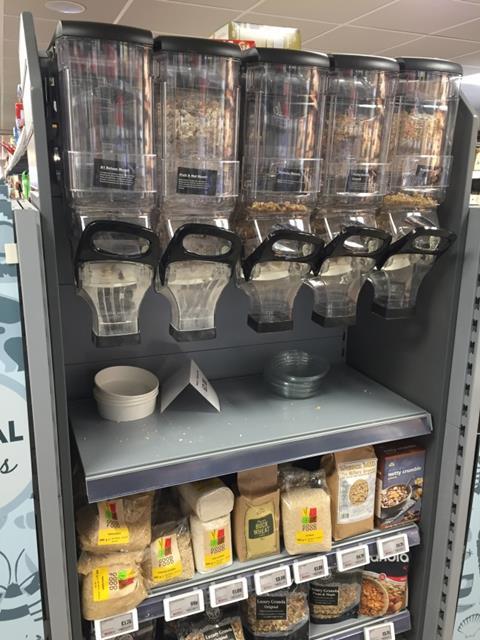 Dry food dispensers, selling the likes of porridge and cereals, are really taking off, Conrad says. Customers can bring their own containers, meaning packaging waste is reduced. “We’ll start doing it with household products such as Ecover,” he adds.

Conrad has brought in a premium cakes brand, Ridiculously Rich, which was set up by a former Apprentice winner, Alana Spencer. “I haven’t seen them sold anywhere else. They’re usually in high-end cafés,” he says. About 250 brownies are sold a week, at £2 each. 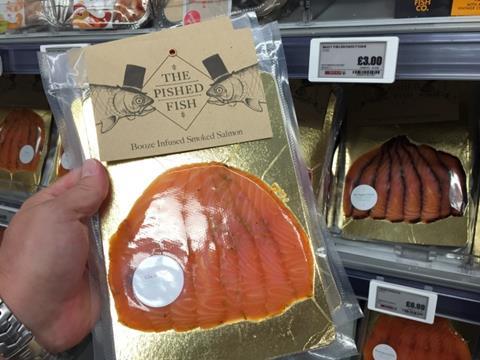 Other standout premium lines include Pished Phish, a range of booze-infused smoked salmon sourced from Sloane Square in London. 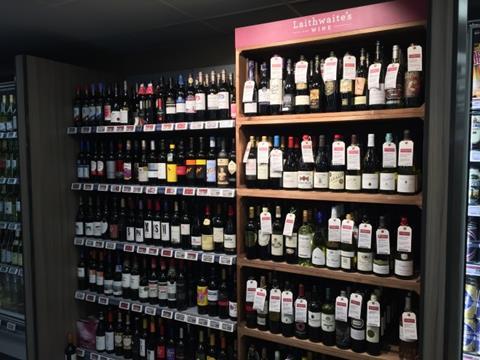 The store now sells a wine range from Laithwaites, all sale or return, at 30% margin. Prices are between about £8.99 and £15. “It hasn’t cannibalised other wine sales at all. Overall sales are up,” Conrad states.

For the true wine connoisseur, a cabinet displays wines at prices of up to £115. “They don’t make much margin, but people buy them.”

A wide range of local Welsh ales are on offer, too. “With local products people aren’t so bothered about price,” Conrad observes. 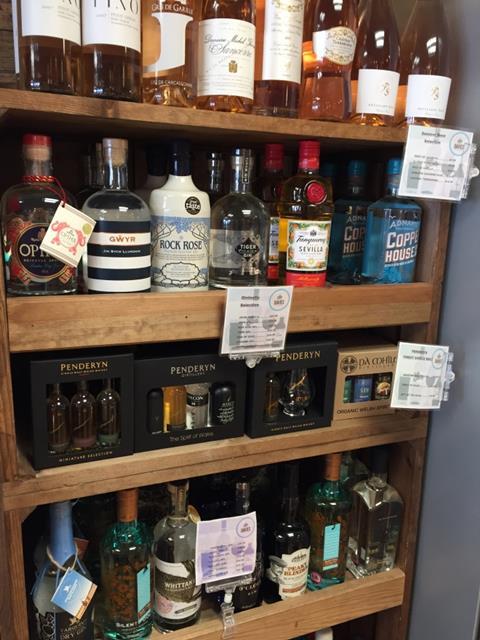 An eclectic range of craft gins is also sold, complementing the spirits range displayed in the gantry.