With a new IT system fully bedded in, Southern Co-op is on the lookout for more independent retailer partners for its store franchise programme. C-Store catches up with Prateek Shukla, one of the recent recruits, at his store in Islington, North London 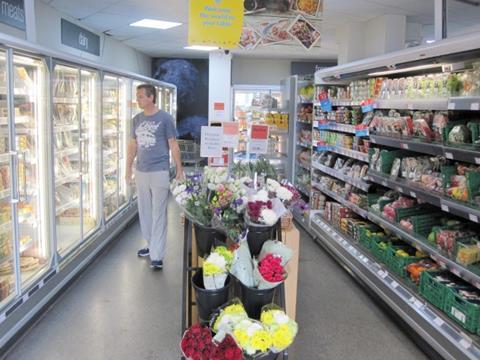 At a time when the industry is intrigued about the potential for independent retailers to operate Co-op franchises, it is worth remembering that in some areas of the UK similar franchises already exist, and are thriving.

The Southern Co-op has partnered with franchised stores under its Welcome brand for a number of years, steadily growing the estate to 25 stores to sit alongside the 220 corporate sites it owns and manages directly. This year has seen three new franchise stores join up already, and C-Store went to see one of the new recruits at Packington Street in Islington, North London.

Until early May, the store traded as Budgens. It is a new shop anyway, having first opened in 2014 as part of a new housing development with flats on the upper floors. Significant building work is still going on in the area, and by the time the estate is completed in 2019 it will comprise 460 different dwellings.

Such a large community will require a substantial range of goods, which is at the heart of why owner Prateek Shukla switched the store from Budgens to the Welcome offer.

“There had been a slow deterioration in service until Booker took over Budgens, but then they took a different approach and culled a lot of the range, especially in chilled,” he recalls. “We ended up using 16-18 suppliers to get everything we wanted, but then it was hard work to fill all the gaps.”

“We were waiting for the right epos to be ready,” Fitton explains. “Southern Co-op had a very good system, but it was designed for managers within a corporate estate, not for independent retailers. A store owner needs a lot more visibility of margins and other data that a store manager wouldn’t need to see.”

With a new epos system now available, recruitment can begin in earnest, with three new franchisees joining this year.

For Prateek, it was important that the system was as operationally streamlined as possible to minimise man hours, and he has noticed a saving here straightaway.

“When we were using a lot of local suppliers, I had one member of staff who spent their entire day just inputting orders and doing other paperwork. Now the epos is helping us massively. With automatic ordering, the manager and supervisors can focus on availability and gap-filling, and on customer service.”

Now virtually every product is delivered via the Co-operative Food’s supply network. And Prateek is more than happy with the range, and particularly the huge selection of Co-op own-brand products now in-store.

“The brand is really important. It says Welcome above the door (this is a requirement of the Southern franchise programme), but people refer to it as a Co-op.”

The hugely-expanded chilled food range now accounts for up to 45% of sales. Ready meal sales have virtually doubled since stocking the Co-op brand, and a similar success has been enjoyed in chilled food to go, where everything comes from the Co-op instead of the previous multi-supplier arrangement.

A permanent lunchtime meal deal ensures shoppers keep returning, whether they be office workers, pupils and teachers from the school over the road, or the many white van men involved in the local building work. “It’s so much simpler now - good availability and consistent quality and value every time the customer comes in,” says Prateek.

The Southern Co-op provides planograms online for every fixture, which Prateek says he is “99% compliant” with.

“We don’t have any need to adapt them. If the planogram is correct then the deliveries are correct, and the date codes will be right, too. It’s all a lot more efficient.”

Outside items are only added when needed. An American confectionery fixture draws in shoppers with a sweet tooth and, this being trendy North London, there are a couple of extra bays of organic and gluten-free lines, sometimes requiring a third outside supplier. A recent arrival in store is an Amazon locker unit, with an eye on all the nearby flats and those yet to be built.

Very little investment was required to flip the site to Welcome, with the old store shutting on a Sunday afternoon before re-opening the following Wednesday morning after a full re-merchandise.

The most significant piece of investment has been the new till system, supplied by VME. Prateek is the kind of retailer who likes to study the numbers and says that the system is “a piece of cake” to operate whenever he wants to run a report on a particular category or department. And sales are going well. It was only 12 weeks into the new fascia when C-Store visited, but at that point footfall was up 15% and sales volumes were already up 30%, no doubt helped by the fact that the store’s retail prices are about 25% cheaper than when it was a Budgens.

“We use national Co-op pricing, which is probably 8-10% cheaper on standard pricing, but there are lots of promotions and we like to run them all. At any one time there could be up to one-third of the store on promotion,” says Prateek.

Overall, the average basket spend is now £6.75, compared with £5.20 in the Budgens days, and staff costs are down as the technology has improved efficiency. Head office support is available, too, with sales data regularly reviewed with the Southern Co-op.

So what does the retailer need to offer in return? The franchise agreement is for a minimum five years, and Fitton maintains the Society is “very particular” about who it takes on as partners.

Minimum store size needs to be 1,600sq ft (Prateek’s measures 2,400sq ft), and ideally should have the potential to turn over £25k per week - any less than this and the business is unlikely to achieve the full benefit of fresh food sales. Store standards are checked through a mystery shopper programme twice a year.

Products are sold to the retailer at cost price (ie the price that Co-op Group charges the Southern society) rather than at a wholesale price, with a delivery fee added on a per-case basis. There is also a franchise fee based on retail sales through the till, with this percentage decreasing as volumes increase.

There is no fixed limit on stock purchased outside the group, but franchisees are allowed to do this only if the Co-op doesn’t carry the line, and any new outside suppliers need to be checked to ensure they don’t compromise the brand’s ethical positioning.

Islington is slightly outside Welcome’s traditional areas of strength in Southampton and the Isle of Wight, but the franchise scheme already has stores in Hertfordshire, at Bath University, and at Loughborough Student Union in the Midlands.

Fitton adds: “In theory we can go anywhere, but it’s more difficult for us to support stores that are far away. But anything south of the Thames and the M4 is well within reach.”

And for Prateek, and all the other franchisees both current and future, the ideal balance between independence and large-scale retailing is within reach as well.