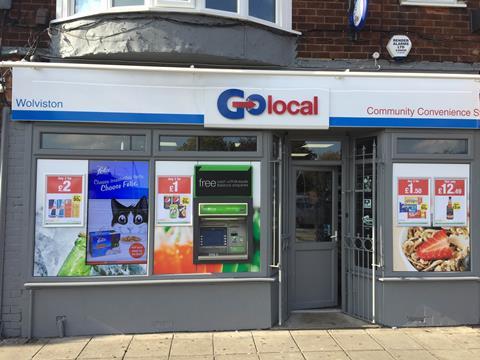 Middlesbrough retailer Bay Bashir has earned respect and admiration across the industry for his business acumen and dedication to the local community. This has been recognised on numerous occasions at the Convenience Retail Awards, where he has been named Best Small Store finalist, Responsible Retailer of the Year and Retailer’s Retailer of the Year. That’s a lot of bases covered.

In a year of massive flux within the sector, 2018 has also been a year of transformation for Bay, who owns five stores across the Teesside town, ranging from 200sq ft to 750sq ft in size.

Previously affiliated to Blakemore Wholesale’s Lifestyle Express fascia, he had some decisions to make when Blakemore opted to sell its wholesale arm earlier this year. And when employee-owned wholesaler Parfetts bought Blakemore’s Middlesbrough depot, it would not have been difficult to second-guess his next move. However, Bay’s decision to opt for Parfetts, and the wholesaler’s Go Local symbol group, was not a decision he rushed into.

“I looked at Best-one and Filshill and Booker - and it was close - but I was looking for an operator to come along that was the perfect fit for me,” he says.

“Blakemore was good to me till the end, I wouldn’t say a bad word about them - and Lifestyle Express. They got me to where I am today. But Parfetts was the next step for me to move forward. When I speak to the team, they’ve all got the same vision. It’s straightforward and they’re easy people to get on with. I want my stores to be as good as I can get them. I was very much under-achieving towards the end of Blakemore.”

One of the clinchers for Bay was the Go Local fascia - not only does he love the branding, but he believes it enhances his identity as a retailer. “The identity was key for me as well. I wanted people to know they were my stores. No one else has got Go Local in this part of the world,” he says. “And I love the new store look, everyone loves it. It’s fresh, it’s clean, it just works.”

Bay, who receives two deliveries a week, says the changeover was “as smooth as anything”. Most fresh products are sourced locally, although he also has access to Nisa and Co-op products through Parfetts, “but fresh and chilled aren’t key drivers here as they are in other parts,” he adds.

Sales across his five stores since switching to Go Local are increasing by about 3% weekly, and year on year. But the key reward has been the significant margin boost. “The pricing is unbelievable, it’s about 5% cheaper at wholesale. You get 5% from your stores coming back into your pocket, you feel that. That relates to your figures, your cash flow, everything,” he adds.

With Parfetts he’ll receive a 2% rebate on his spend, which is less than the 4% he received from Blakemore, but the higher margins more than make up for it. Bay also appreciates the transparency of Parfetts’ approach. “They’re not going to break their structure for anyone. I’m going to spend £200,000 a month with them, and I pushed them for more, but it’s the same for everyone. I respect that. And the key thing is they listen. These people come back to you the same day. Even if it’s a ‘no’, you know where you stand.”

Bay is equally enthusiastic about his five stores. C-Store was treated to a guided tour of the stores, three of which are in close proximity to each other - including his flagship Belle Vue store - while the other two, both recently acquired, are in the outer reaches of Middlesbrough.

He took over his Wolviston store, on the edge of town, about 16 months ago. Sales now exceed £15,000 per week “from nothing”, driven by external digital Hi! Street media screens, “really strong” e-cigarettes sales, and a high-margin Tango Ice Blast machine, which turns over £1,500 per week even when it’s snowing.

His most recent acquisition, which he took over in March, is Fleet Stores, based in a particularly low demographic part of town, he says. Even though it is next door to another convenience store, it still manages to generate “phenomenal sales” in the last hour of trading before 11pm.

Bay has just introduced a Rijo42 coffee machine in the Belle Vue store, offering margins of up to 400%, and is considering expanding his food-to-go offer. “I have to have the right partnership with somebody to do that right. I’m not scared of wastage or anything, but food to go is already big around here. There’s a bakery nearby, a Tesco Express, a Costa,” he says.

Bay is also keen to point out the importance and value of his 22 staff. In fact, such is his confidence in them that he is looking to take a step back from the day-to-day running of the business. “By the end of January I want to hire an area manager to do the things I’ve been doing, to give myself a life,” he says. “I know the right person, she’s one of my store managers, but she needs to be able to drive, which she’s learning to do at the moment. We turn over about £80,000-£90,000 a week across all five stores, and I know that if I go away for a week or two that not a penny will be missing.”