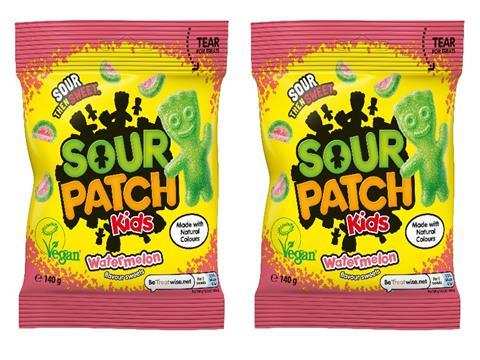 The Sour Patch Kids range will be joined by a fourth variant - Watermelon.

Brand manager for Sour Patch Kids at Mondelēz International Anna Ulrich said: “We know sour jellies are incredibly popular with consumers already – growing at a higher rate than the category, at 14%. The launch will help to bring shoppers into the category incrementally, being particularly appealing to younger adults. This means Sour Patch Kids Watermelon are set to drive retailers’ sales in this segment even further. Watermelon as a flavour has a 90% appeal with consumers so with its vegan certification we’re certain Sour Patch Kids Watermelon will be a hit by meeting the needs of a wide range of shoppers.”

For more vegan lines, check out our latest product showcase.