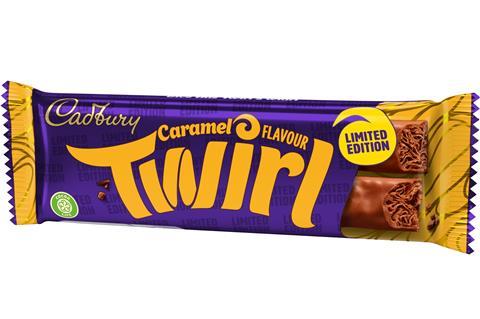 The Cadbury Twirl range is expanding with a limited edition Caramel flavour. Available in stores from June, Twirl Caramel (rrp 69p) will bring the #1 best-selling chocolate flavour (Nielsen) to one of the nation’s favourite confectionery bars.

To celebrate the launch, the brand has hidden a series of adverts in unexpected places featuring #ControlTwirlHype, helping to keep the excitement limited to those eagle-eyed enough to spot them. These playful advert placements include unique spots at the side of The River Thames that are only visible at low tide as well as billboards on a remote island off the coast of North Wales with a population of just two people! Those who have spotted these hard-to-find placements have been amongst the first to try the velvety new bar. 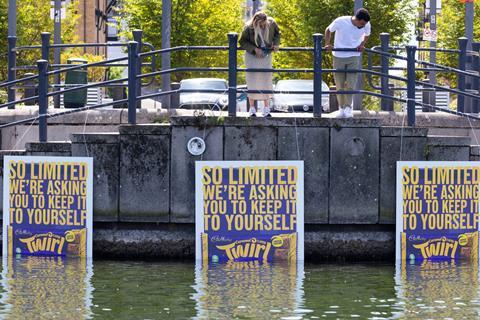 Frederike Grohmann, brand manager for Cadbury Twirl at Mondelēz International, says: “We’ve seen just how popular flavours are within chocolate singles, in fact when Twirl Orange launched it became Cadbury’s biggest selling single bar! [Nielsen] We know Twirl Caramel is going to be a hit with consumers which is why we are controlling the hype with our fun and playful launch campaign.”

The launch will be significantly supported by further PR, digital and social media activity to drive visibility and encourage trial. Mondelēz International will also be helping retailers to take advantage of this hype in store, with brand-new POS material to capture shoppers’ attention.