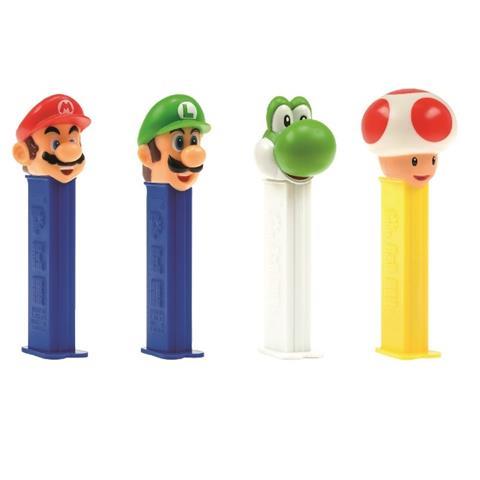 New additions include Nintendo, Marvel Avengers, Spiderman, Minions, Masha and the Bear and Emoji characters. Each pack contains one dispenser and two individually wrapped tubes of Pez refill sweets, and the cost for 12 packs is £10.99. With an rrp of £1.49, retailers can expect to make profits of over 25%.

There are also four characters to collect in the Pez Marvel Avengers range, the latest addition being Black Panther, which joins Iron Man, Captain America and Hulk designs.

Other new designs include a Spiderman Miles Morales dispenser and Minions featuring Otto, Bob, Kevin and Stuart. There is also a range of Emoji characters and Masha and the Bear packs.

Chris Smith, marketing communications manager at Hancocks, said: “Pez has always been popular with retailers. They are a fun, low-cost item which kids love playing with and adults love the taste of.

“Particularly popular when displayed near pay points, retailers can also purchase the Pez Semi Circular Stand to display products in an engaging and organised way.”