As the football season nears its conclusion, Cadbury is getting ready for the next phase of its Premier League promotional activity. 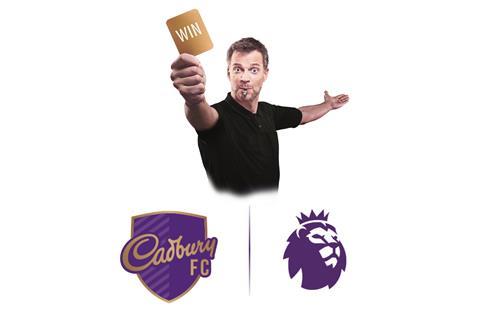 The brand’s new promotion will launch on 29 April and run until 7 June, across a selection of Cadbury single and duo bars in a mix of plain pack and price-marked formats.

Offering shoppers the chance to instantly win an array of football-themed goodies including 50 pairs of Premier League tickets, prizes can be won as part of a weekly draw to win one of five football holidays.

These include a trip to Australia to watch Perth Glory play Manchester United during their pre-season tour; a US fan-zone experience for two people for four nights; and a trip to Singapore to watch Tottenham Hotspur play a pre-season game.

To enter the new promotion, consumers can visit youreoff.cadburyfc.com and enter the barcode of qualifying products to be in with a chance of winning.

The activity also ties in with Cadbury’s three-year sponsorship deal with the Premier League and is being supported by a £1m marketing spend, including investment in out-of-home, social media including Instagram and Facebook, radio and PR support.