Two men have been jailed for a combined 17 years after carrying out a string of armed robberies in Hampshire. 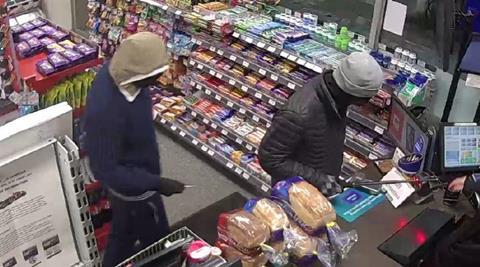 Wayne Grant, 27, and Connor Davis, 25, denied three counts of robbery, but were found guilty and sentenced to eight and nine years respectively at Southampton Crown Court.

During the incidents, Grant and Davis entered the stores armed with a knife and a baton, threatening staff and demanding money.

Detective constable Sean Owens said: “These kinds of incidents can have a huge emotional impact on the staff members, especially when Grant and Davis were carrying weapons and making demands.

“I can’t imagine the lasting impact this has, and this is why it so important we get justice for those caught up in this kind of violence and greed.”