Police are appealing for witnesses after staff were threatened during a machete-wielding armed robbery at a One-Stop store in Greater Manchester. 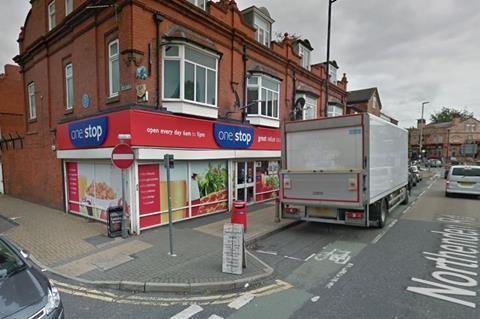 The incident happened at the convenience store on Northenden Road in the town of Sale at around 9:30pm on 24 September.

According to Greater Manchester Police, two men entered the store armed with machetes demanding cash from the till and threatened staff workers. Nobody was reported injured, but the offenders escaped with a quantity of cash.

The incident occurred less that a day after three men raided a Sainsbury’s store armed with machetes in nearby Altrincham, but Greater Manchester Police said nothing suggested the incidents were linked at this stage.

The incidents also followed a number of recent robberies across the UK, including a man who threatened staff workers with an imitation firearm at an Aldi in Newcastle-upon-Tyne, and a screwdriver-wielding armed robbery at a Costcutter store in Belfast.

Anyone with information relating to the robberies is asked to contact Greater Manchester Police on 101 or contact independent charity Crimestoppers anonymously via its website at www.crimestoppers-uk.org or by phoning 0800 555 111.