Last year was the “worst on record” for the retail sector, according to the latest BRC and KPMG Retail Sales Monitor. 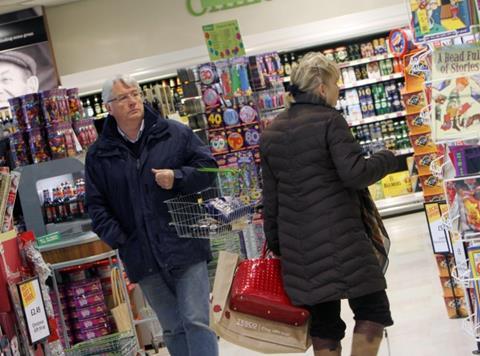 Taking November and December together to iron out the late timing of Black Friday, which occurred in December 2019 as opposed to November in 2018, total sales declined 0.9% compared with the same period in 2018. Taking December alone, on a total basis sales increased by 1.9%, against a flat 0.0% in December 2018.

Like-for-like sales in November and December also declined 1.2% compared with the same period in 2018.

Over the three months to December, food sales were a flat 0.0% on a like-for-like basis and increased 0.7% on a total basis - below the 12-month total average growth of 1.4%.

“Despite the influence of some inflation across the market, shopper spending was not as expected for such a key sales period. As a result, while the value of spending wasn’t down, growth was negligible and volumes declined - a rarity for Christmas in recent times.

“Despite their financial confidence remaining subdued, shoppers appear to be a little bit more optimistic for 2020. Fewer expect food prices to be more expensive, with 75% of shoppers taking this view compared with 78% in November.

“This is also first time since June 18 that just as many shoppers predict they will focus more on quality as saving money in the year ahead when food and grocery shopping.”

Retailers had an opportunity to “engage with shoppers looking to improve their diets this month,” with the plant-based trend likely to continue to “gain traction,” she added.

“Twice the UK faced the prospect of a no deal Brexit, as well as political instability that concluded in a December General Election - further weakening demand for the festive period.

“The industry continues to transform in response to the changing technologies and shopping habits. Black Friday overtook Christmas as the biggest shopping week of the year for non-food items.

“Retailers also faced challenges as consumers became both more cautious and more conscientious as they went about their Christmas shopping. Looking forward, the public’s confidence in Britain’s trade negotiations will have a big impact on spending over the coming year.

“There are many ongoing challenges for retailers: to drive up productivity, continue to raise wages, improve recyclability of products and cut waste.”

She said it was essential the new government made good on its promise to review, and then reform, the broken business rates system.