UK consumer confidence unexpectedly rose by 0.5% in the final quarter of 2019, while sentiment on the state of the economy grew “significantly”, according to the latest Deloitte Consumer Tracker. 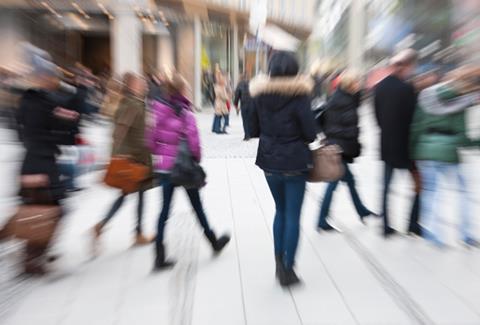 With political uncertainty lifting following the General Election result in December, so too has consumer sentiment on the state of the economy, job security and personal finances, Deloitte said.

UK consumer confidence rose by 0.5% on the previous quarter and year on year to -8.7%, “counteracting[an] expected seasonal fall”, and sentiment on the state of the economy increased by 27 percentage points.

However, higher consumer confidence has yet to be reflected in spending, it said.

Deloitte’s head of consumer research, Ben Perkins, said: “While consumers appear much more optimistic about their own personal finances, this has yet to be reflected in consumer spending.

“Online continues to show strong growth, but retailers across the board are looking to attract new customers as well as retain their loyal base in 2020. Opportunities are likely to be found through continued investment in both online and in-store experiences.”

Deloitte’s analysis was based on responses from more than 3,000 UK consumers between 3 and 7 January 2020.

The company’s chief economist, Ian Stewart, added: “Consumers enter the new decade with significantly improved confidence, though expectations of a slowdown in the employment rate and in real earnings growth could produce headwinds.

“However, if the reduced political uncertainty results in a strong rebound in corporate activity in 2020, such headwinds may not materialise.”