Nisa is encouraging its members to sign up to a fast-growing app that helps retailers reduce food waste, recover costs for unsold stock, and potentially gain new customers. 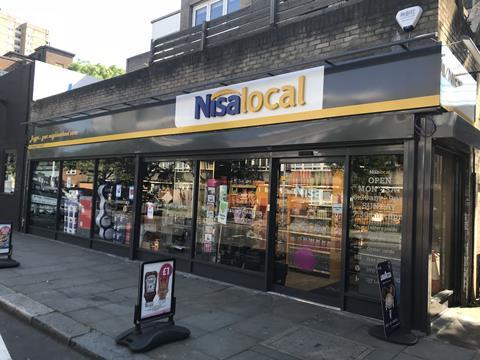 Buggsi’s Nisa Local has signed up to the app

The Too Good to Go app, which has nearly 3,000 partner stores across the country, enables retailers to dispose of food that is close to its sell by date by listing it on the app and selling it at a discounted price.

‘Magic bags’ of mixed products are ordered online by shoppers who have signed up to the app and collected in store.

Designed to combat the growing problem of wasted food, the scheme initially worked in partnership with the food service industry but increasing numbers of grocery retailers are now signed up.

Nisa is working with Too Good To Go to encourage more retailers to sign up to the app and trial the scheme. Morrisons is also trialling the app, with the intention of rolling it out nationwide if successful.

He said: “It isn’t about making money, I see it as a way of getting rid of food rather than throwing it in the bin. It does recover some costs but really it allows me to keep my stock at a good level.

“I was always quite cautious about how much chilled produce I ordered before, but this is a bit of a safety net.

“It is mostly new customers who come in for the bags and we get rid of a couple every day. I am getting more value and instead of throwing out £50 or £60 of fresh goods it is reduced by about 50%,” Rikesh added.

Nisa retail development manager Richard Shorney said: “It is a winning solution for our retailers and so easy for them to get involved. It allows them to get their wastage down and recover some costs that would otherwise have been lost and at the same time, they are doing their bit to improve sustainability.

“We hope that as we share the scheme with more Nisa partners and show them how it can work for them, increasing numbers will take it on, sign up to the app and in doing so will become less cautious about investing in the fresh and chilled categories which we know are so profitable.”

Too Good to Go, which started in June 2016, claims it is now the “world’s largest surplus food marketplace”.