With more than two in three people celebrating Valentine’s Day expected to eat at home, convenience stores across the country are vying for rosier sales with footfall-boosting meal deals, promotions and competitions. 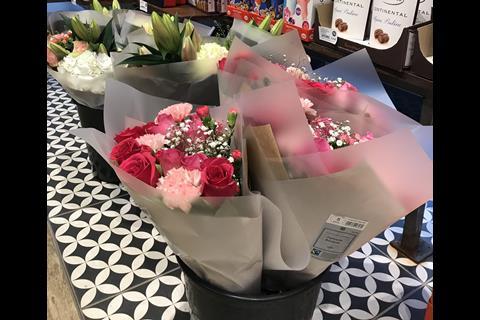 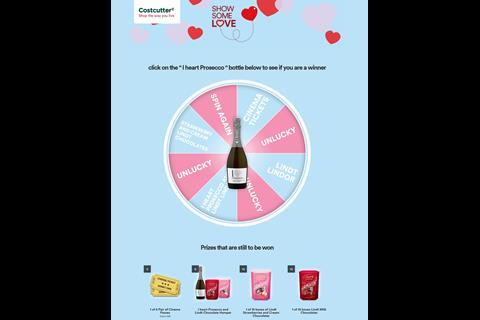 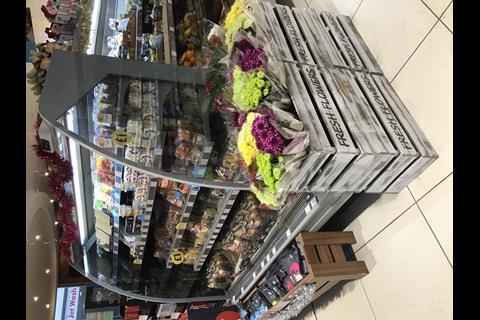 New research from the Central England Co-op revealed that 68% of those celebrating Valentine’s Day will choose to eat at home this year.

It also revealed that tulips were the top-selling flowers in its stores in the week before 14 February last year - beating Co-op Fairtrade Red Roses into second place.

Nisa retailers are hoping to impress shoppers with their flower ranges thanks to the large floral offer they are now able to tap into through the Co-op Group.

A wide collection of flowers was made available to Nisa retailers on pre-sell last autumn for key events including Valentine’s Day and Mother’s Day, and new spring flower lines have just been added to the range, including tulips, daffodils and lilies.

Costcutter Supermarkets Group (CSG) is also hoping to boost sales this Valentine’s Day with a new Spin to Win competition to help engage shoppers online and drive footfall into stores.

Running now until until 16 February, the competition gives customers the chance to win Valentine’s themed prizes, including prosecco, chocolates and cinema tickets.

The #ShareTheLove Spin to Win competition is being supported via CSG’s social channels, and via the group’s instore radio.

“This promotion sets the scene for our future campaign strategy, enabling our retailers to optimise the benefits of this increasingly popular and effective marketing tool,” he added.

One Stop is also hoping to help its franchisees make the most of the key romantic season with a range of new Valentine’s Day promotions, including Gordon’s Pink Gin at £14 for 70cl and Lindt Lindor Strawberries & Cream 200g for £3.50.

One Stop head of product Phil Banks said: “The Valentines market is a significant one for our customers in One Stop with over 15 million transactions expected during the promotional period alone.”

Last year One Stop franchisee Raj Sangha, from Jerry’s Lane Store in Erdington, Warwickshire, said he sold out of flowers by 10am on Valentine’s Day.

“This year I’ve made sure we’ve ordered more because with 5,500 customers coming into my store every week, I need to make sure I have enough as we always do well on flowers,” he said.

Budgens is arunning a 2 for £7 offer on Discover the Choice Rump Steaks.

The Central England Co-op has a range of offers on old favourites as well as some less traditional items, to cater for changing consumer trends.

Its £6 meal for two includes a main, side and a desert, with options including Co-op British Beef Ranch Steaks, Co-op Skinny Fries and Co-op Irresistible Chocolate Melting Middle Puddings.

While Co-op Irresistible Truffle Hearts saw an 89% rise in sales on Valentine’s Day 2019, 100g boxes of Maltesers were in-fact the top selling boxed chocolate in the run up to the 14 February 2019.

And in a surprise twist, tulips outsold roses in the week leading up to 14 February 2019 and on the day itself.

While prosecco was the top selling bottle of fizz on Valentine’s Day, sales of Gordon’s Pink Gin also proved a hit with the ever-increasing number of gin lovers, the Central England Co-op said.