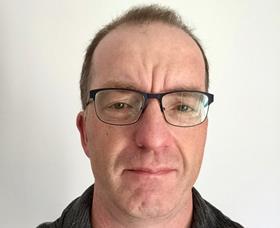 In my last column I wrote about a new initiative we had just introduced in a bid to stop the amount of non-shop generated waste which was being dumped in the store’s exterior bin and adding up to an unattractive and costly problem for us.

It was also bad for the environment, a particularly hot topic at the moment, as people were chucking all types of waste, including recyclable packaging, into the same bin.

Well, two months on and I’m pleased to report that the tactic of taking away the outside rubbish bin seems to have worked and it’s not resulted in a rise in littering or any kickback from shoppers or locals.

What I hope we have achieved is to make people think a little more deeply about how they dispose of their waste, hopefully taking it home to recycle where possible in their own household collections, rather than just chucking it all away in the most convenient bin.

For waste generated by the shop, such as ice cream wrappers, chocolate bars and coffee cups, for example, staff are encouraged to ask customers if they would like us to take the wrappers.

It’s just a small thing but I’d like to do more where possible and, personally, I’d like to see the big boys such as Booker and Londis doing more to help us on this quest, particularly with regards to reducing packaging waste.