Can I refuse cash in my store? 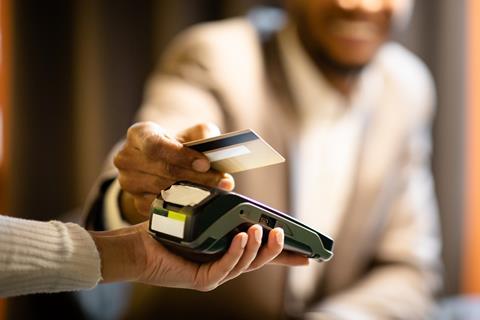 Kevin Nelson wrote from south London to ask whether shops can refuse cash and ask for payment cards only. He says: “I was shopping with my mother who lives in a care village and we went to the local shop to buy some basic groceries and when she went to pay cash for the items the shop insisted on card payment only. They don’t take cash due to the pandemic.”

My local deli has taken the same approach and will only take cards (odd really as there are three hole-in-the-wall ATMs within a few yards outside a Central Line tube station).

There has been a lot of debate on this subject as cash appears to be dying out (which in the long run would not be a good idea; how would window cleaners get paid? Or people running exercise classes in church halls?). But a lot of retailers are finding that some customers prefer to use cards even when they have just withdrawn some cash from the ATM. As NoteMachine observed last month, there is a growing idea that cash is somehow dirty – as in crawling with Covid.

But to get back to the question: Can they refuse to take cash? I consulted the money expert Martin Lewis who was quoted in the Express saying yes they can. As long as they are not discriminating on account of race, gender or sexuality etc then shops can “take and refuse any payment they want”.

He says: “If they say they want to accept payment in Pokemon cards then that’s perfectly legitimate.” (I wouldn’t personally advise this.)

Still on the subject of cards, Sam Coulter wrote: “Do you not think that now there are more people using cards to pay for purchases that retailers should be allowed to apply a small fee, to cover the cost of card machines as used to be the case. This would help small convenience stores such as myself.”

I am sure many of his fellow retailers would agree with Sam…but it’s not allowed. Some put a minimum level on purchases before a card will be accepted (a fiver for example).

The government recently launched a consultation on cash and access to it particularly in convenience store.