Help is at hand

Throughout the pandemic and beyond, Jay’s Budgens’ dedication to its community has gone far beyond the store walls. 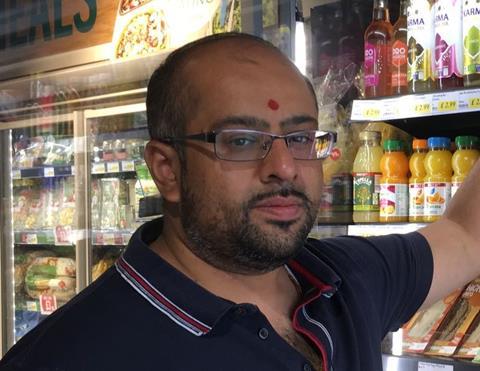 Pratik Patel (pictured), brother Tilak and dad Jay are no strangers to working with their community and as soon as coronavirus reared its ugly head, the family was eager to help wherever they could.

In the first wave, Jay’s Budgens of Crofton Park, London, started helping different food banks in the area, including the Trussell Trust and Lewisham Food Bank. Having food bins in store meant customers could come and drop stuff off at their convenience. “On average there’s a bin three times a week,” says Pratik.

The team also gave out free food to NHS staff. “They couldn’t get out so we delivered it to the hospitals,” says Pratik. “What was happening unknowingly was all the unhealthy, cheaper food was being donated, so we gave them fruit and veg - what people actually needed.” 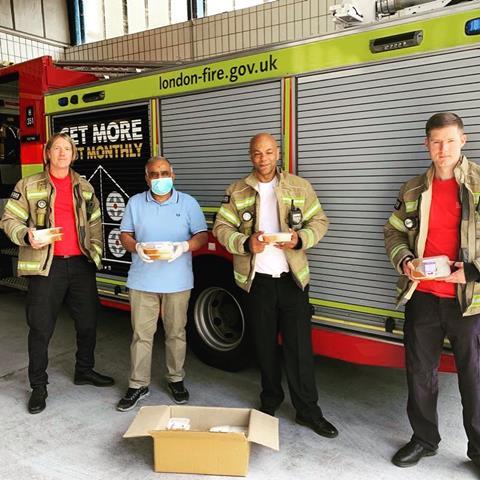 The store also carried out deliveries to emergency services and dropped off samosas for people giving out vaccinations at the health centre.

In addition, they helped with the provision of free meals for those in need. “The [Neasden] Temple organisation delivered 1,500 meals a day in the locality of North West London,” says Pratik. My Dad is the head of the South East branch. We were delivering meals to 150 people who needed support.”

The store also gave out free school lunches for kids when schools closed last October. “We were put on a list that went out to all local schools - no questions asked - we gave out 150 meals,” he says. 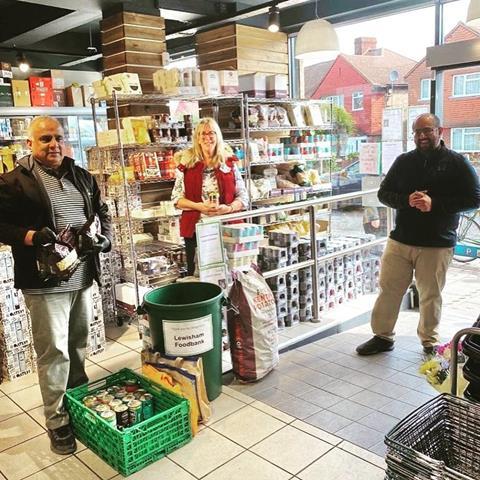 He claims that many organisations in the area were willing to help, but those in need didn’t always realise. “In our borough we’re very lucky, but the biggest issue is people don’t know where the help is - we connect the dots. We’re here on the public frontline - we can see the problems clearly. We work on a non-profit basis and we do big things.”

Pratik found hope in the heroic actions of those around him. “In this area, on my doorstep, it’s how the people have come together,” he says. “Every time something was asked for, people have delivered. We’ve been lucky with our customers and how the local community have responded. It’s a two way relationship. We may think we are the bees knees, but without them, we’re nothing. If they were panicking it would have been awful, but they adhered, they kept their distance, they stuck to the limits. When businesses asked for help to give out to poorer parts of the community. People wanted to help.” 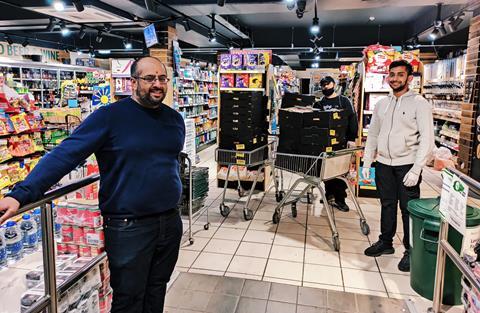 In addition to all their work in the community, Pratik and his team remained dedicated to satisfying the needs of their customers, setting up a delivery service, which was publicised on Facebook. “We have paper round deliveries - the demographic is 70 plus,” says Pratik. “They reached out to us [for food deliveries] and we were happy to oblige. We did a drop form on Facebook. In the first wave people were scared and a lot of customers were shielding, so we did a lot of deliveries.”

Staff capped the number of essential products people could buy in order to try and control the situation. “We were sensible, putting a cap on certain items - potatoes, tomatoes, bread -  to make it fair and to ensure that we could service the maximum number of customers,” he says. “We made a promise of having availability every day. We have a huge range in store so we have a lot of suppliers to ensure availability. Other businesses just have one or two sources of delivery, we have about 30. We bought 100 cases of flour, 50 boxes of pasta. I thought I’d never sell it, but I had to put restrictions on it.” 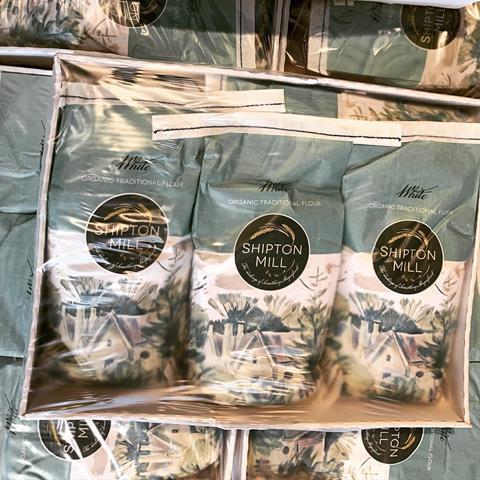 The store’s symbol group was also supportive. “Booker played their part too, I have to give it to them,” says Pratik.

His father Jay also had an important role to play. “We had my Dad at the door,” says Pratik. “He’s been there 40 years and he creates a calmness, he is a lynchpin.”

The team did their best to maintain constant communication with customers in order to help them remain calm. “There were some points where people needed things explained - they just hadn’t experienced it before and they were scared,” says Pratik. “It was the media as well - even in September there’d be one picture of the one shop where one shelf emptied out. It would go nationwide and it’s irresponsible. I knew on the frontline I could order a million toilet rolls. We were trying to reassure people, there was a bit of common sense prevailing.” 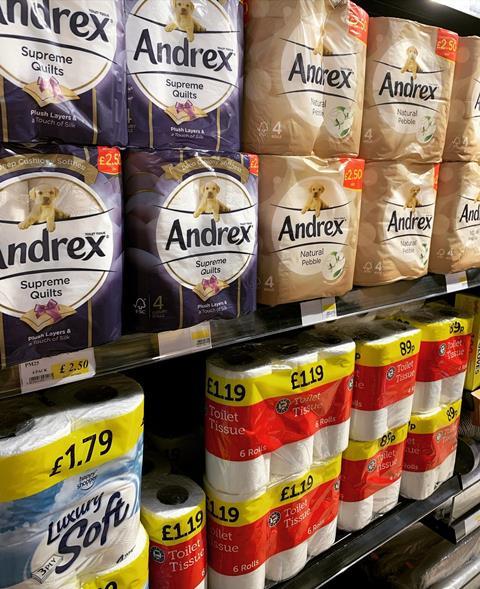 Ensuring there were enough staff to keep shelves full and manage remote orders, while maintaining social distancing was tough. “The biggest challenge was trying to keep the equilibrium - keeping the balance correct,” says Pratik. “We had to reduce staffing when we were busier - we had to take precautions as were given by the government. It was so difficult to fill a shelf. Normally it would take 5 mins, now it was taking 20 because of social distancing.” The store cut its customer-facing hours to buy it more time. “We kept our original hours (from six til 10), but opened to public from eight to nine and used the extra time to fill. People were queuing at the door at 6am! It was pandemonium,” he says.

Restricting the number of customers allowed in store also drained resources. “Then you had to stand on the door and stop people coming in,” he says. “Before you’d only dream of people queuing up at Christmas!” 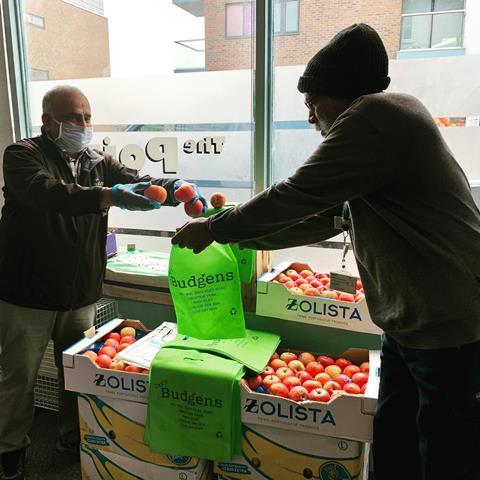 The constant pressure took its toll on everyone. “We didn’t stop working,” says Pratik. “We had stock coming in, people kept buying it - a lot of us lost weight. Keeping the operationality going was the hard bit. There was no point going to cash & carries - it was so busy. You’d go in and they’d let you have one toilet roll, what’s the point?

“Balancing family life was very difficult,” he adds. “The schools were shut and my wife was looking after the kids from morning til night - all credit to her. Many times she cooked for the staff.”

Customers were emotionally overwhelmed too. “Once a lady was crying in the shop,” he says. “When I asked why it was because she didn’t expect to get everything [but she had].”

On another occasion, Pratik came across a man welling up in-store. “He was a big guy - over 6ft. He said: ‘If you hadn’t delivered we’d have starved!’ He had money, but he’d been shielding and was so scared of leaving the house,” explains Pratik.

“The supermarkets did well, but they missed the smaller picture. That’s where convenience stores come in. Every convenience store did something in some way. I think we underestimate how much good we can do.” 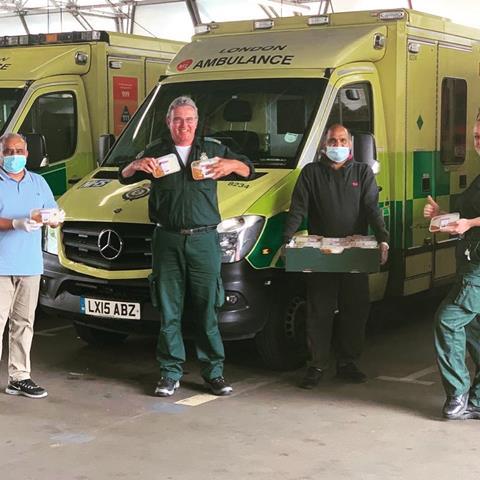 With lockdown finally at an end, Pratik has kept some of the changes in place. “We’ll definitely keep masks on and carry on with our cleaning regime,” he says. “Because we’re in a family area I think a lot of people will keep them on. People are a lot more educated now and taking on that individual responsibility.”

The store remains open until 9pm, but staff no longer have to stay afterwards. “We now close at nine in the evening and staff go home - it’s about getting the life work balance,” says Pratik.

Home delivery has also become a permanent service, with the family investing in a new website and online store.

Pratik has been heartened to find that the business has retained some of the customers gained during lockdown. “The learnings from the customer side is customer loyalty - we’ve learned that it’s amazing,” he says. “At the height of the pandemic when we were delivering - out to 100, 10 or 15 keep coming to us because we helped them. That’s shown us a new side that I thought was moving away, you didn’t have regular customers. We’ve learned that community is still strong.”

This show of support has spurred him onwards. “If people are prepared to support us, we should provide that service as demand changes, we should adapt,” he says. “Every business person that survived and came out of the pandemic well, it’s because they adapted.”

He claims that the store’s community work was central to the team’s mental wellbeing. “Business is great, but you need a spiritual side,” he says. “It’s good to have a balance and help others, it keeps you sane and keeps you good.”