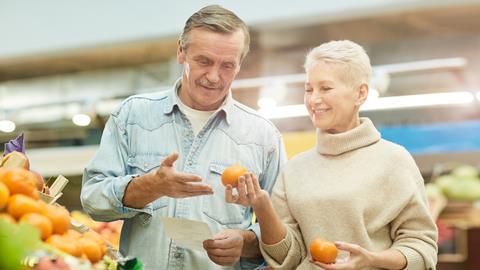 Who are Generation P and how do they shop?

Worth an estimated $1,344bn internationally, with the potential to rise to $1,460bn in 2022, IGD is taking Generation P seriously, and is urging everyone else to do the same lest they miss out on a golden sales opportunity.

According to IGD, Generation P: The Perennial Shoppers comprising those aged 50-64. IGD believes Generation P presents a key opportunity for international grocery retail as the demographic is set to grow in size and significance over the next two years, notably in the UK, Singapore and USA.

Director of global insight at IGD Simon Wainwright explains: “This research shows how significant Perennials are to global grocery. They are an engaged group of shoppers who are accessible when approached in the right way. Competition is already fierce between retailers looking to find new ways to attract shoppers and COVID-19 has made it hard to chart the future. Having a clear focus on your shoppers and knowing how best to reach them will be crucial to success. That’s why the time is right to focus on this often-overlooked group.”

But what does this mean for the convenience channel, particularly in the UK?

IGD’s research takes in the UK, US and Singapore, and on an international level, Generation P are increasingly engaged online grocery shoppers, with over half (56%) of them shopping online for food sometimes, with a third (33%) predicting they will do more in the future.

The research also found these shoppers have an affinity with brands that they have grown up with, but also hold private label products in the same high regard. It reported that 67% of these shoppers buy particular brands because they have grown up with them, the same number (68%) indicate that they are also very satisfied with the quality of own-label products, with 58% trusting them as much as brands.

They value convenience and quality over price. IGD’s research showed that 75% of 50-64-year-olds say they are sometimes tempted to spend more on better quality products, and 56% will sometimes spend more on products because they are easier to prepare and cook.

IGD kindly broke it down even further on UK shoppers, as opposed to USA and Singapore for ConvenienceStore.co.uk. According to the government’s 2018-based National Population Projections, which breaks estimated populations into five-year data sets, there are 12 million people in the 50-64 age group this year, rising to 13.1 million by 2022. Clearly, the UK government believes this is a demographic on the rise and the IGD thinks they’re ready to spend. A perfect combination for UK convenience.

From a convenience channel point of view, IGD identified areas of its research focusing on the sector. Its studies found that over half of international shoppers (52%) will knowingly shop in a closer store, despite it being more expensive suggesting that convenience plays a prominent role in, although this drops to 43% for UK Perennials.

It goes to highlight that 56% of 50-64 year-olds internationally will sometimes spend more on products because they are easier to prepare and cook, underlining the importance that convenience can play for them in product selection as well as store choice, however again this goes down to 42% for UK Perennials.

With an growing demographic willing to spend more on products due to convenience, already familiar with the channel and looking to prioritise ethical and environmental factors, a retailer ready to welcome Generation P might see positive sales growth in the near future.