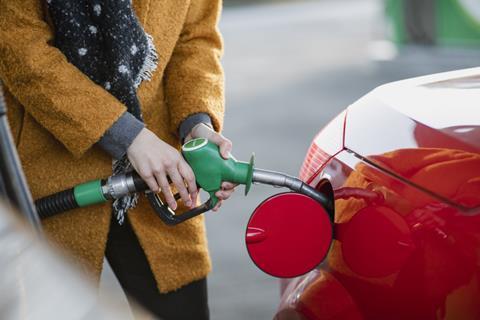 As petrol prices continue to rocket, convenience stores are set to see footfall increase according to digital and data expert TWC.

“Convenience stores tend to do very well in times of ‘crisis’ and the petrol situation is most certainly a ‘crisis’”, development director at TWC Tom Fender told ConvenienceStore.co.uk.  “On this basis we would think that shoppers will frequent their local convenience store more often. During times of crisis shoppers tend to hunker down and as a result, shop locally.”

Twelve months’ ago, fuel prices were averaging £1.24 a litre (RAC Foundation), alongside the country in lockdown. Since then, they have been steadily rising, with the Ukraine crisis driving prices up to a new high, stated TWC. Prices on the forecourt have now risen to over £1.55 for a litre of petrol (ibid), due to global concerns over Russian supply and the war in Ukraine, with warnings of significant further price increases to come.

Fender said: “There are 46,000 convenience stores in the UK and as we are a small country that means we don’t have to travel far to get to one. So if petrol and fuel costs continue to be centre-stage, it’s very likely that convenience stores will see a benefit.

“Most convenience stores had a huge increase in footfall during the pandemic and shoppers found their convenience store to be open, welcoming, well stocked, with good prices and vastly better quality of fresh products than they might have assumed. Quite simply, they were saviours to many communities and shoppers won’t have forgotten this – even the ones who might not be shopping as frequently in them because they do more larger trip shops.”

TWC Trends Autumn Edition 2021 data revealed that – even before the Ukraine crisis impacted on consumers – three-quarters of those asked were using their car less due to the rising cost of petrol/diesel.

Just over one in ten (11%) said they were considering not having a car at all, with younger consumers most likely to agree to this statement at 26% for those aged 18-24 vs. 8% amongst the 55+ age group. Whilst registrations of new cars have fallen significantly through the coronavirus pandemic, the total number of licensed cars in the UK stands at 33 million (Department for Transport stats, at Q3 2021), equating to an average of 1.2 per household.

Sarah Coleman, communications director at TWC said: “Driving is very much embedded in UK culture, so the fact that a significant proportion of consumers are considering managing without a car illustrates the impact that increasing running costs are having on UK households. This is particularly true amongst younger consumers, who we also know from TWC Trends are more likely to be struggling financially.”

Almost half of consumers said that they always try to find the cheapest prices for petrol/diesel when they need to fill up, with a further 39% doing this at least some of the time. Meanwhile two-thirds of consumers said they often don’t fully fill up their tank to manage their spending on fuel.

Coleman added: “Similarly, whilst not fully filling up doesn’t save money, it does help consumers to manage their spending, which will be crucial as rising petrol prices coincide with significant increases in household energy bills and food inflation.”

“Shopping around for the best priced fuel is a well-established consumer behaviour and with prices at a record high we can expect even greater monitoring of pump prices. There is also the question of supply and demand. Consumers will remember only too well the supply crisis in September 2021 and concerns about availability of fuel due to the current crisis could drive panic buying once again.”

“Whilst our research shows that some consumers will opt to use their vehicles less, or even manage without a car, due to the soaring price of fuel, others may not have a choice if they rely on their vehicle to travel to work.”

The TWC Trends Autumn Edition 2021 series is based on the views and sentiments of over 1,000 consumers across the UK. The research was conducted between 5-8 November 2021.