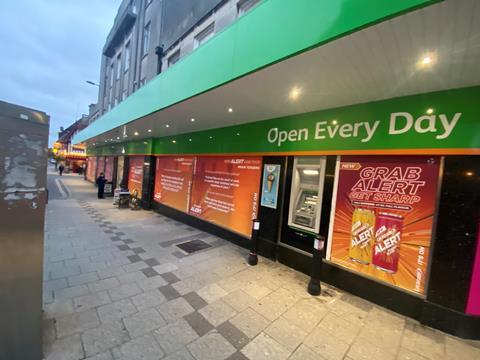 Suntory Beverage & Food GB&I (SBF GB&I) has partnered with five leading independent retailers up and down the country to ‘wrap’ their stores in the eye-catching branding of stimulation drink Lucozade Alert, which launched earlier this year.

Each display features brain teasers, product shots of both Tropical Burst and Cherry Blast and talks up the drinks’ key benefits - high caffeine, vitamin B3 and full flavour.