HP Sauce is commemorating the 160th birthday of Big Ben and The Elizabeth Tower with a tongue and cheek packaging refresh for its 255g glass bottles (rrp £1.39 each). 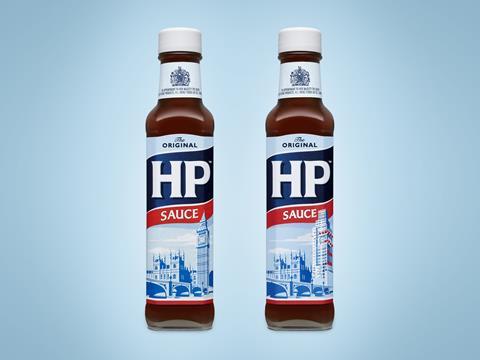 Named after the Houses of Parliament, HP has historically always featured an image of Big Ben across its sauces range and the latest refresh incorporates the current scaffolding on the tower to reflect how the landmark looks today.

Rolling out now, the design update marks the first major pack change for the brown sauce brand in 123 years and will be live until 2021, when the restoration of Big Ben is expected to finish.

The launch of the new bottles will be supported with visuals of a builder enjoying the product in the surroundings of the Houses of Parliament and the Elizabeth Tower, with the HP Sauce recipe remaining unchanged.

Joel Hughes, marketing manager for UK sauces at brand owner Kraft Heinz, said: “We are delighted to celebrate this momentous occasion for the tower, the bell and the palace of Westminster in general with the nation’s most-loved brown sauce.

“With the tower being named the most instagrammable British landmark and HP sauce the only brand with the Houses of Parliament present on its product packaging, it is only fitting that we adapt our iconic glass bottle HP label design to suit its current appearance, and what better way to mark the occasion than for its 160th anniversary.” 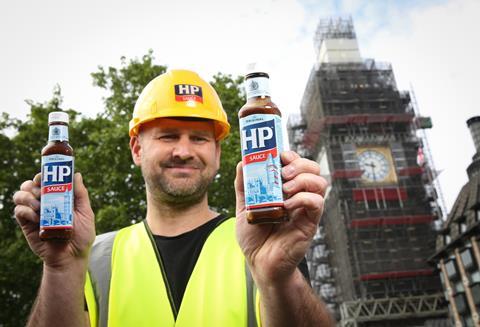