Police are appealing for information after an external cash machine was blown up at a Costcutter store in Surrey. 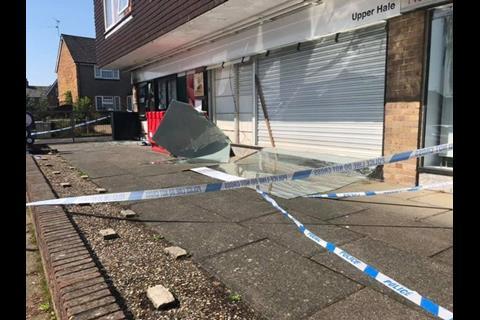 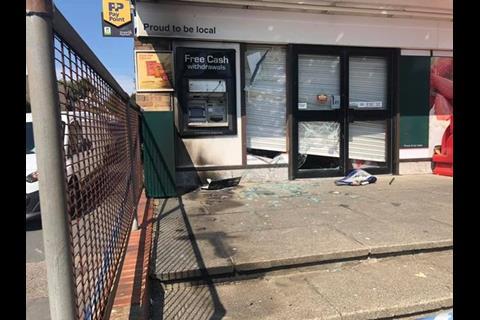 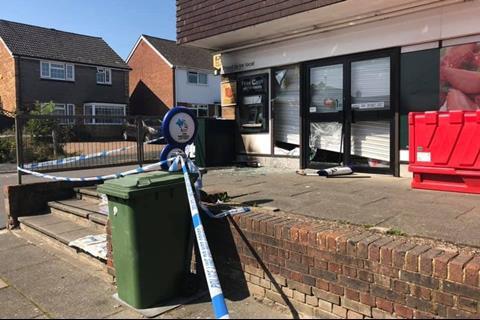 The incident happened at the store on Willow Walk in the town of Farnham at around 2.25am on 24 August.

According to Surrey Police, six men filled the ATM with a flammable gas and set it alight, stealing a quantity of cash. Nobody was hurt, but significant damage to the store was caused.

A spokesman for Surrey Police said: “It appears that a group of men had filled the cash machine with a flammable gas and then set it alight, exploding both the inside and outside of the ATM and causing substantial damage.

“Officers are keen to speak to anyone who saw a group of six men at the location in the moments before the incident, or may have seen a dark coloured saloon car, with six men in it, driving at speed in the local area. In particular officers would like to speak to anyone who has dash cam or helmet cam footage of the car.”

Links with other similar incidents across the south east of England are being considered.

The incident followed a number of recent ATM thefts across the UK in the last 12 months, including an attempted ATM ram raid at a Spar store in Moray and an ATM explosion outside a Premier store in Clydebank.

Anyone with information about the incident should contact Surrey Police on 101, quoting reference PR/P45190089688.