A gang of five men have been jailed for a total of nearly 32 years for a series of ATM attacks across the West Midlands costing over £250,000. 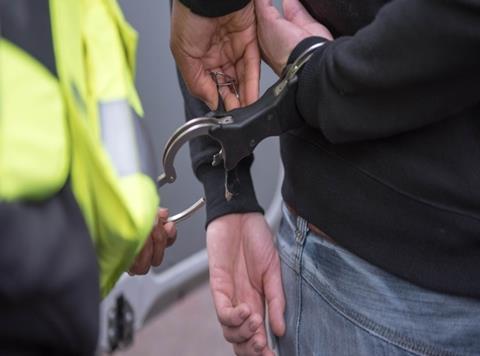 The gang would tie straps around freestanding ATMs before ripping them out using vehicles on cloned plates.

Targets of the gang’s spree of 11 burglaries and attempted burglaries included a Spar store in Tamworth, a cash and carry in Birmingham, a post office in Lichfield, and Birmingham’s Queen Elizabeth hospital.

The gang was arrested at the beginning of this year and went on to admit conspiracy to commit commercial burglary.

Yesterday (Tuesday) they were sentenced at Birmingham Crown Court, with the men receiving prison sentences of between five years and eight years, seven months.

A major West Midlands Police operation brought the gang down thanks to a combination of CCTV, forensics and phone analysis.

The gang’s downfall began when they were forced to abandon a transit van they were using as a getaway vehicle, following a pursuit.

Forensic tests on the van, and fingerprints left on a trolley they had dumped at one crime scene, helped police identify suspects. Ringleader Craig Matthews, who has 19 previous convictions spanning 49 offences, left his DNA on a piece of tape used to cover cameras in Lichfield.

Among the attacks, on 15 March 2018 the gang used cutting equipment to break into a Spar in Tamworth before ripping out the cash machine. On 29 September 2018 the inside of a post office in Lichfield was destroyed when the gang dragged the ATM through it, after putting tape over CCTV cameras.

DCI Annie Miller, who oversaw the operation, said: “This was sophisticated organised crime which showed a huge amount of planning.

“While no one was hurt during the spree, the gang left a trail of destruction which left victims facing huge bills. Thanks to great police work, we were able to build up a detailed picture of the gang, their vehicles, reconnaissance and movements.

“We’re continuing to work with the cash machine industry to help increase security to reduce the risk of them being targeted by criminals in this way in the future.”