Prime Minister Boris Johnson has pledged to immediately enact plans to recruit 20,000 extra police officers in England and Wales over the next three years. 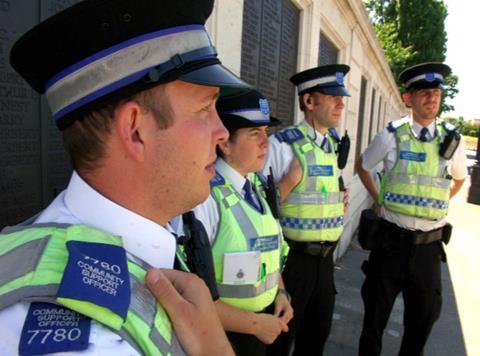 A national recruitment campaign led by the Home Office is due to launch in September, in an attempt to deliver more frontline officers.

Johnson said: “As I said on the steps on Downing Street this week, my job as prime minster is to make our streets safer. People want to see more officers in their neighbourhoods, protecting the public and cutting crimes. I promised 20,000 extra officers and that recruitment will now start in earnest.”

Patel added: “Officers up and down the country put themselves in danger evert day to keep us safe, they deserve our support. The rise we’ve seen in serious violence is deeply worrying.

“An additional 20,000 officers sends a clear message that we are committed to giving police the resources they need to tackle the scourge of crime. This is the start of a new relationship between the government and the police working even more closely together to protect the public.”

The 2018 Public Accounts Committee report ‘Financial Sustainability of Police Forces in England and Wales’ revealed police forces are operating with nearly 50,000 fewer members of staff, including 15% fewer officers, than in 2010.

ACS chief executive James Lowman said: “Putting more police on the streets will help to give forces more resources to deal with crime, but has to come alongside theft, violence and abuse against people working in shops being seen as a priority.

“We also know that police response is just one part of the equation – if offenders aren’t dealt with effectively by the justice system, whether through custodial sentences, rehabilitation or other interventions, then they’re more likely to reoffend, which then puts more pressure back on to the police.”