Jailed ATM thieves ordered to repay more than £200,000 each

Three men jailed for more than 30 years last year for their part in a string of attacks on convenience store ATMs across Leicestershire and neighbouring counties have now been issued with confiscation orders totalling more than £200,000 each. 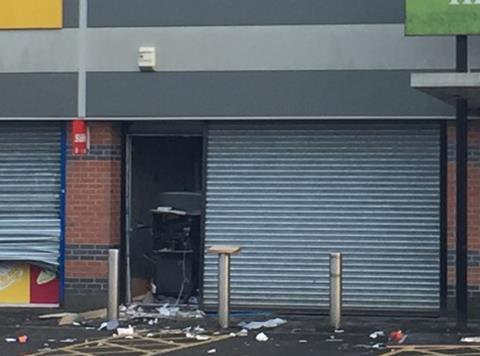 The gang used gas canisters to blow open the cash machines of a number of stores in 2017 and 2018, including two Co-ops, a Spar and a Tesco Express, before using power tools to gain access to the stores to get to the money – often making off with thousands of pounds.

All three had pleaded guilty to eight counts of burglary, three counts of unlawfully and maliciously causing an explosion of a nature likely to endanger life or cause serious damage to property, and one count of theft.

POCA orders are granted by the courts allowing police to take assets and cash from defendants if they have benefited financially from their criminality.

Assets belonging to the defendants will be sold to recoup the money and any outstanding amounts will need to be paid from any hidden assets.

If they do not pay they will serve an additional two years in prison.

This will be in addition to the sentences they were given in April 2018.

Roger Cherry, from Leicestershire Police’s economic crime unit, said: “The courts agreed that all three defendants had benefited financially from their criminality. They were all convicted after admitting their part in ATM breaks across Leicestershire and the region.

“When they were arrested officers recovered more than £100,000 of cash. This was money stolen during the burglaries and will now be paid back to the owners of the ATM machines.

“Money obtained under the orders is submitted to the Home Office and a percentage is than shared between the police, criminal justice system and used to compensate victims of crime.

“POCA is an important piece of legislation which allows us to obtain cash from criminals. Those convicted for their crimes should not be allowed to benefit from their criminality, even after they have served their sentences.”