The “sea change” in the rise in physical abuse against shopworkers is just the tip of the iceberg in light of the significant under-reporting of crimes, delegates heard at Tuesday’s ACS Heart of the Community event in London. 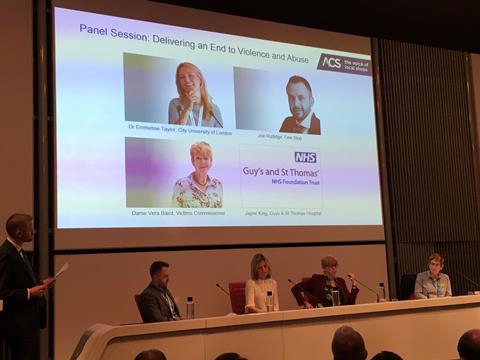 Dr Emmeline Taylor, a reader in criminology at City University of London, highlighted the increase in the rate and severity of physical attacks on shop staff, while underlining the lasting impact on victims’ mental health.

She attributed the rise in attacks to disinvestments in services and police resources due to austerity, as well as the “ineffective” criminal justice system including the “revolving door” of prison.

She added that under-reporting of crime hid the full scale of the issue.

Dame Vera Baird, the Victims’ Commissioner for England and Wales, said there were “tensions” around the question of police reporting.

In her previous role as Police and Crime Commissioner for Northumbria between 2012 and 2019, she said some major retailers would avoid reporting shop crime because they didn’t want a police presence undermining the family atmosphere in store.

In response to Dame Vera’s comments, Hull-based Premier retailer Samantha Coldbeck said: “The best way to influence change is to report retail crime. We may then be just a statistic, but statistics influence change.”

Dr Taylor recently wrote a report, commissioned by the Co-op Group, that concluded that violence in the retail sector had reached “epidemic proportions” and was resulting in staff suffering with post-traumatic stress disorder more commonly seen in the armed forces.