Fewer than 10% of independent retailers are planning to invest in their business in the future, according to the Association of Convenience Stores, marking the lowest figure since it began its Voice of Local Shops Survey in 2012. 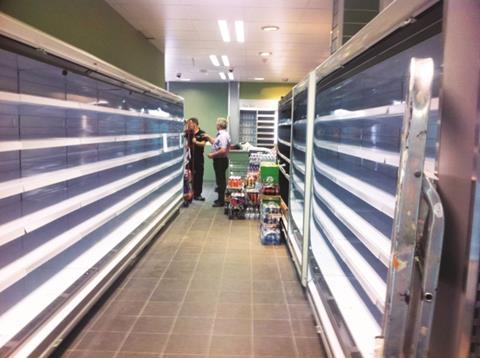 When asked about their business plans in the latest quarterly survey, only 9% of independent retailers said they planned to invest in their stores over the coming year, down from 16% in May 2018.

In addition, investment levels in the convenience sector have fallen from £147m in the three months to February 2019 to £112m this quarter.

For those who are choosing to invest, the most common areas of investment are refrigeration (40%), shelving (21%) and in-store lighting (13%), as retailers continue to look at making their stores more efficient.

The new figures follow the ACS’ National Living Wage survey this week, which showed that 72% of retailers have reduced working hours since the latest NLW rise in April.

ACS chief executive James Lowman attributed the fall in investment plans to the NLW hike and uncertainty over Brexit.

“Convenience stores are performing well in terms of sales this year so far, bucking the trend of the high street and wider retail sector which has seen some challenging sales figures in the last few months. However, this is not being backed up by plans to invest as retailers are holding back on spending,” he said.

“While there are many possible reasons for retailers not investing money in improving their stores, there are two factors that are significant. The latest hike in the National Living Wage and National Minimum Wage rates will certainly have led some retailers to delay investment plans, especially those operating with higher staff numbers and long opening hours.

“Secondly, the ongoing uncertainty over the UK’s exit from the European Union has to be playing a part. We have been clear to government that a no deal Brexit would have serious consequences for the convenience sector, but continued uncertainty and confusion is now manifesting in record low investment levels.”